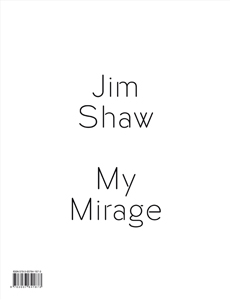 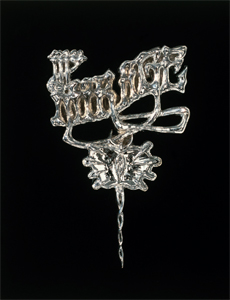 order
wishlist
The culmination of Jim Shaw's most important project under the form of an artist's book.
"My Mirage" (1986-1991) is the first major body of work by Jim Shaw, an artist from Los Angeles who started exhibiting in the late 1970s. Composed of nearly 170 pieces—each one drawn, silk-screened, photographed, sculpted, filmed or painted in a different style—"My Mirage" recounts the wandering of Billy, a white, middle-class American sucked into the whirlwind of the sixties and seventies. His is a story of unceasing failure. After an anxious childhood, Billy later withdraws from the guilt-wracked spasms of adolescence in order to lose himself in a psychedelic utopia, which soon becomes a nightmare. In the depth of psychotic hallucinations, he follows a woman who he worships into a pagan sect, before finally returning to the religion of his youth, "reborn" as a fundamentalist Christian. Each piece appropriates an image taken from an extremely broad iconographic field ranging from children's book to contemporary art and including comics, religious literature, and psychedelic posters. As a narrative, "My Mirage" is structured like a "Bildungsroman," with successive chapters structuring the various, gradual mutations of Billy. This narrative appears and disappears, like a mirage, according to the distance of the observer, depending on whether one considers Shaw's image to be aggregate of heterogeneous source, moments of a personal history, or fragments of a collective cultural history. Hence while creating a quasi-encyclopedic compendium of American vernacular iconography (which includes a page from a high-school yearbook, a thrift store painting, countless grass-root, counter-culture graphic designs, as well as late 1970s neo-Christian propaganda), "My Mirage" thus provides a social and cultural image of an individual in the 1960s and 1970s and, moreover, produces a sharp analysis of the evolution of the subject through the cultural and social history of that era.
From the onset of the series, "My Mirage" has been constructed with the idea of the book as model. Not only does the overarching narrative takes the form of a coming of age novel, but many of the individual pieces make direct reference to a book format. Created in close collaboration with Jim Shaw, the book thus presents itself as the culmination of the artist's original project. "My Mirage—The Book" will allow Jim Shaw's ever-growing audience to look at the whole of Billy's story for the first time. Furthermore, its format and content should appeal to a wide readership, beyond contemporary art, which includes anyone interested in the history of the counter-culture of the 1960s and 1970s, American graphic design and popular illustration.
Jim Shaw (born 1952 in Midland, Michigan, lives and works in Los Angeles) is an atypical figure in the Californian art world, sharing with Paul McCarthy and Mike Kelley a similar desire to produce an immersive visual oeuvre aimed at exploring the dark side of the American psyche.
order wishlist
Edited by Lionel Bovier and Fabrice Stroun.
Text by Fabrice Stroun.
published in September 2011
English edition
21 x 26 cm (softcover)
216 pages (150 color ill.)
40.00 €
ISBN : 978-3-03764-187-3
EAN : 9783037641873
in stock
press releases
Beaux Arts Magazine, Natacha Wolinski, 2011 (JPG) 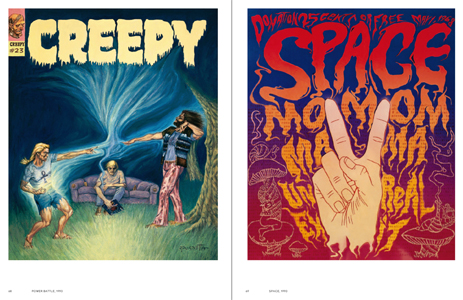 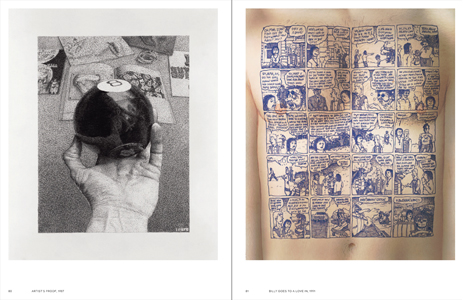 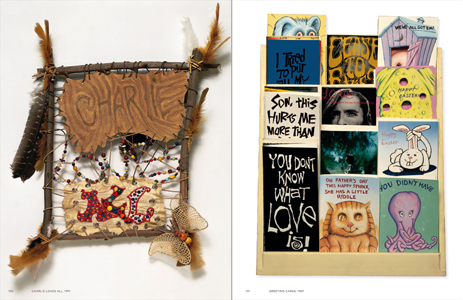