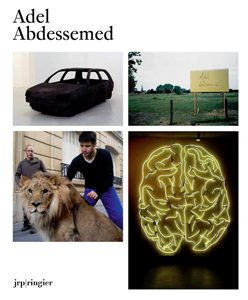 order
wishlist
Organized around an extensive essay by Larys Frogier, this reference monograph offers an overview of Abdessemed's work.
Adel Abdessemed (born 1971 in Constantine, lives and works in Paris and Berlin) deconstructs identity codes, tackling head-on the tensions that permeate our society. His works, with their typical simplicity—sculptural installations, drawings, photographs, videos and performances—echo precise facts and familiar situations, but go beyond narrative commentary and militant criticism. Adel Abdessemed questions, among other things, the social and economic status of the artist in a system where his foothold is slight, by shrewdly keeping a distance in a gesture of subversive and committed resignation.
Abdessemed refuses to be limited to a single ideology. In his early works he passionately tackled religious, sexual, and taboos subjects and his later exhibitions have often focused on the theme of global violence. In an interview with Elisabeth Lebovici he stated, "I do not live between two cultures. I am not a postcolonial artist. I am not working on the scar and am not mending anything. I am just a detector … In the public sphere, I use passion and rage. Nothing else. I don't do illusions."
Sometimes reduced to a simple word, as in "Mohammedkarlpolpot" (1999), a condensation of names evoking totalitarism and religion, and sometimes complex and monumental installations such as "Habibi" (2004), a suspended skeleton of 17 meters propelled by a jet engine, Abdessemed's practice belongs to a new generation of artists who appeared recently on the French art scene, looking to offer another perspective on culture and identity.
order wishlist
Text by Larys Frogier.
published in February 2011
English edition
23,8 x 28,6 cm (softcover)
160 pages (165 color & 37 b/w ill.)
40.00 €
ISBN : 978-3-03764-108-8
EAN : 9783037641088
in stock 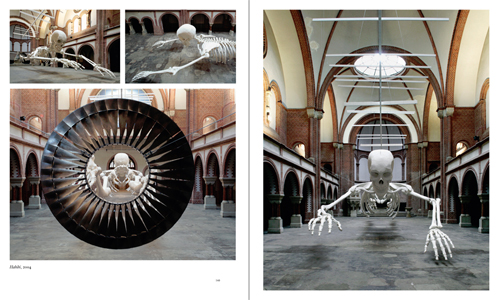 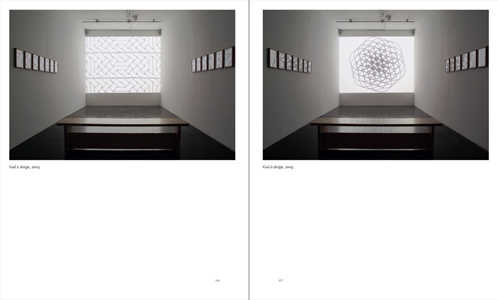 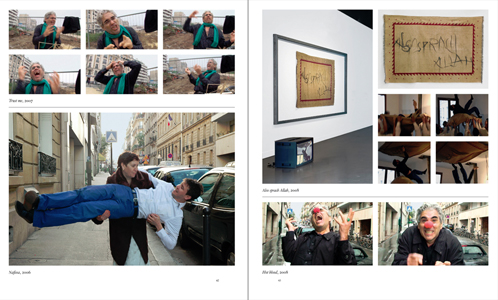