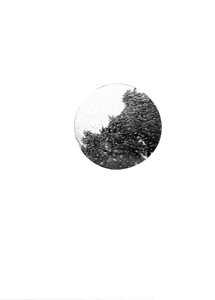 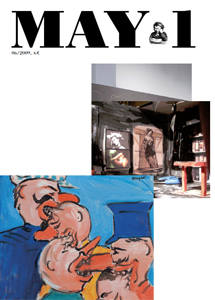 order
wishlist
Jay Chung, for him / Fulvia Carnevale, The emancipated reader / Catherine Chevalier, Critique x / Stefan Germer, Haacke, Broodthaers, Beuys / Michael Krebber, René Magritte's Période Vache at Schirn Kunsthalle in Frankfurt / Anne Marquez, The impossible on display according to JLG Stories of exhibitions in the Pompidou Center / Constructing Your Persona in a Private Media Space (An email interview between Antek Walczak and Eva Svennung) / Benjamin Thorel, On the edge of things – Clément Rodzielski: pictures, panels and mirrors / Karl Holmqvist, Josef Strau at Malmö Konsthall / Vincent Romagny, As of Pierre Leguillon presents Diane Arbus: a printed retrospective (1960-1971) / Jean-Pierre Rehm, Let's hold back our tears / Contributions à une guerre en cours, Agamben - Hazan - Tiqqun, re-transmission (maquettes-sans-qualité, < ... - histoire du présent - ... >) / Excerpts from Grand Openings Book.
While realizing this magazine, we didn't want to express the point of view of a constituency or of an intellectual, social or professional category: the authors, through their participation, reveal that the classifications in which artists and critics are confined are inadequate. Rather, we wanted to build this space at a moment when other issues seem to take priority (economic and political crisis, capitalization of knowledge and the subsequent deterioration of liberties) and many resign to a situation characteristic of our time—the indistinction between information and publicity.
Editorial, p. 17
Conceived as a collective space in which to develop thoughts and confront positions on artistic production, May magazine examines, once a year, contemporary art practice and theory in direct engagement with the issues, contexts and strategies that construct these two fields. An approach that could be summed up as critique at work – or as critique actively performed in text and art forms alike.
Featuring essays, interviews, art works and reviews by artists, writers and diverse practitioners of the arts, the magazine also intends to address the economy of the production of knowledge – the starting point of this reflection being the space of indistinction between information and advertisment typical of our time. This implies a dialogue with forms of critique produced in other fields.
order wishlist
published in 2009
texts in English and French
17,5 x 24 cm (softcover)
180 pages (b/w ill.)
6.00 €
ISBN : 978-2-84066-346-1
EAN : 9782840663461
in stock
table of contents
press releases
Critique d'art n° 34, Elisabeth Milon, 2009 (JPG)