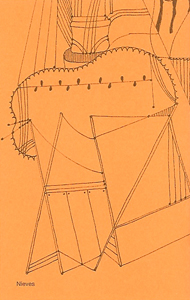 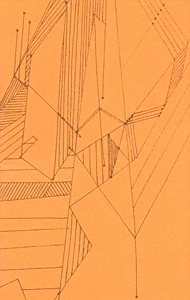 wishlist
For Domicile Conjugal – a title borrowed from François Truffaut's movie of 1970 – Katagiri selects details from drawings made during the course of 2008. Her first published book focuses on architecture from a richly illustrated world built upon since 2003. Drawn freehand and without drafts, Katagiri's skillful pen drawings give birth to a dimension populated by people and intelligent animals, hanging in the balance of the playful physics unique to her craft.
The staple ingredients of traditional Japanese art – mountains, trees, architecture and daily activity – are present but free of the structured compositions and realism. Instead we find a collision between the eccentricity of the west and the precision of the eastern tradition.
A Tin-Tinesque sense of adventure led Yuka to spend most of the past decade far away from her homeland, an experience that has no doubt influenced the cross-cultural images marked out by her pen strokes. Katagiri remains a frequent traveler to a world where a moment in time begins with a fresh piece of paper and ends a finished drawing.
Born 1977 in Sapporo, Japan, Yuka Katagiri lives and works in Tokyo.
wishlist
published in 2009
no text
11 x 17,5 cm (softcover)
20 pages (20 b/w ill.)
sold out 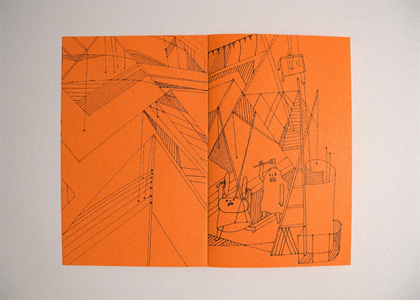 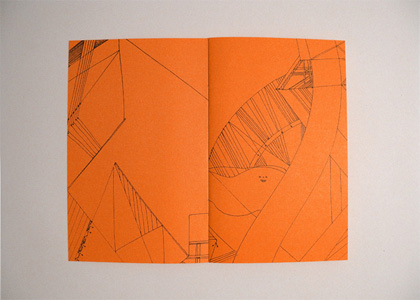 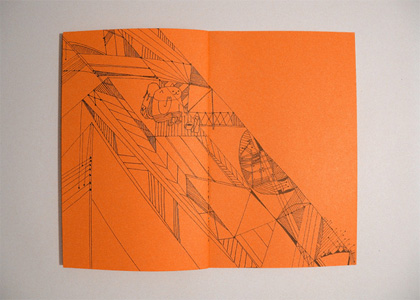 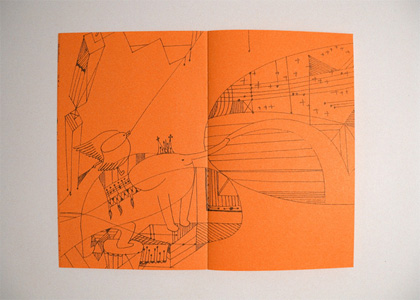