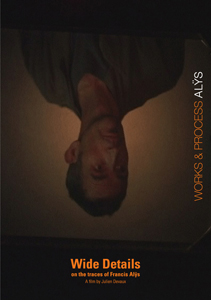 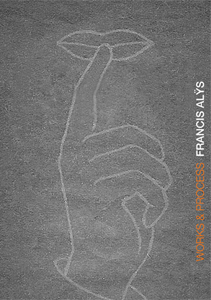 order
wishlist
This DVD gathers a film and different documents on Francis Alÿs: an interview with Mexican writer Carlos Monsiváis (who worked with the artist on the Mexico City historic center project), a video project by Alÿs, an introduction to Alÿs' work by Kitty Scott, and a downloadable screensaver realized by Alÿs.
“Works and Process” is a monographic collection of DVDs dedicated to contemporary artists directed by Gilles Coudert. Every “monograph” uses an encyclopaedic principle and suggests discovering and understanding the approach of a creator through various documentary approaches, films and unknow archives of the artist.
Francis Alÿs was born in Belgium in 1959 and trained as an architect before re-locating to Mexico City in 1986, where he has been based ever since. He is best known for his actions which he documents in various ways. Some just involve him walking through the city; other actions are epic events set in dramatic landscapes involving hundreds of participants. Alÿs also works with painting, animation and drawing, and many of the images he creates have a dreamlike surreal quality. His actions are frequently humorous, often transient, and can sometimes seem absurd, but they are always concise and carefully planned. For a long time Alÿs has been interested in spreading news about his work through unconventional means such as rumour, so audiences can interpret his projects in unpredictable ways without seeing images of them. All these poetic qualities lead to his idiosyncratic way of approaching questions to do with urbanism, economics, migration, and borders. Throughout his career he has particularly investigated the processes of modernisation in Mexico and in Latin America.
order wishlist
Edited by Gilles Coudert.
Directed by Julien Devaux and Francis Alÿs.
published in 2008
original version (subtitles in English, Spanish, Dutch, German, Portuguese)
DVD in boxset
120'
25.00 20.00 €
(special offer)
ISBN : 979-10-91490-00-9
EAN : 9791091490009
in stock
table of contents
view video sample
http://www.lespressesdureel.com/VIDEO/apres/wide-details.mp4 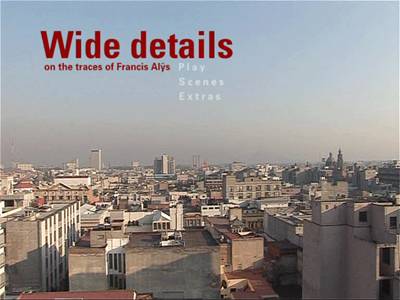