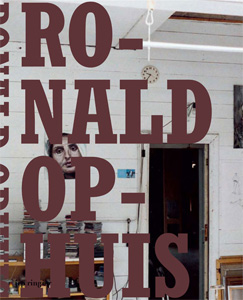 order
This new publication on the Dutch painter Ronald Ophuis contains a selection of his works from the last 15 years. The book, designed by Karel and Aagje Martens, includes an essay by Ernst van Alphen.
Born 1968 in Hengelo (Netherlands), Ronald Ophuis lives and works in Amsterdam. His paintings are made within the context of History painting and also reference the representation of violence in Western art. It may initially seem surprising that Ophuis' work has led to such emotional responses and controversies. His representations of an execution in a locker room, a miscarriage, a rape in Birkenau, seem to be contiguous with a highly respected Western and Christian painting tradition. But his work differs from this tradition by refusing any moral stance and by placing the viewer in an unsettling position.
order
Text by Ernst van Alphen.
Graphic design by Karel and Aagje Martens.
published in 2008
trilingual edition (English / Dutch / French)
24,5 x 30 cm (softcove, dust jacket)
152 pages (62 color ill. & 9 b/w)
40.00 25.00 €
(special offer)
ISBN : 978-3-905829-32-7
EAN : 9783905829327
in stock 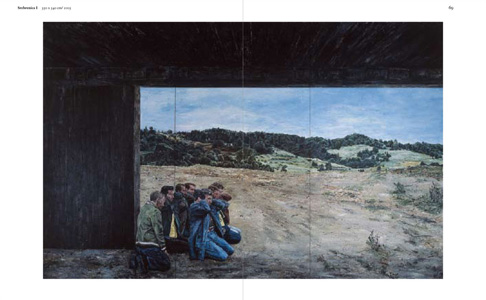 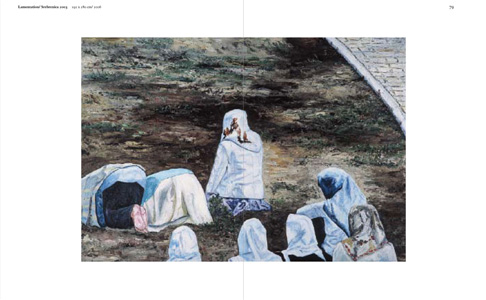 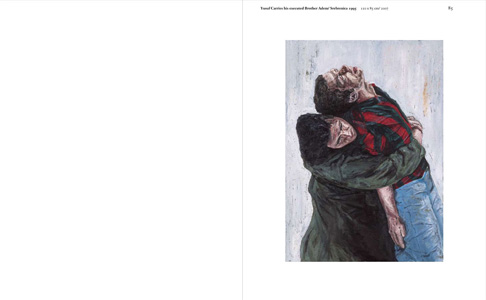