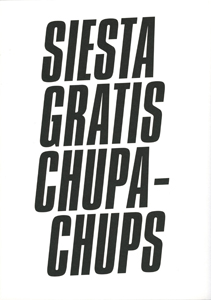 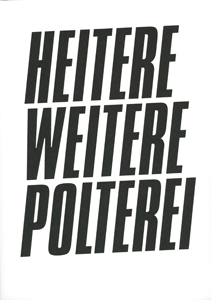 order
Somewhere between the artist's book and the exhibition catalogue, this first monograph, in which the artist has declared herself  to be a Sportkünstlerin (sporting artist), aims to describe, in its visual dynamics, its illustrative material and its writings—by the artist, Chus Martínez and Mari Laanemets—a work based more on circumstances and the energy of the gesture, the challenge and reactivity, than on anticipation.
"There's nothing surprising about the fact that many of Tere Recarens's solutions play on the idea of the impossibility, not an impossibility  to do with resolving the work, but an impossibility of  seeing it as being the end result of a build-up of expectations in relation to the artist and her ability to respond."
Chus Martínez
Tere Recarens (born 1967 in Arbúcies, Spain, lives and works in Berlin) started to exhibit her work in the very early 1990s. Since then, in many places around the world, she has shown photographs, drawings, videos, and systems involving viewer experiments, all so many different, multiple and non-specialized forms which explore the ambiguous space which connects and separates art and non-art. A residency, an exhibition, and a publication are always a chance for the artist to drum up exchanges, make liaisons, and open up a new gap in reality.
order
Texts by Chus Martínez, Mari Laanemets, Tere Recarens.