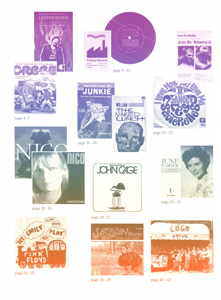 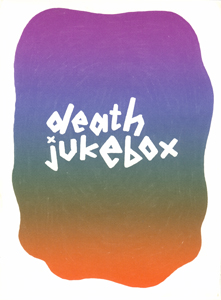 wishlist
For Death Jukebox a clairvoyant was employed to contact ten people who were associated with the music industry to find out each of their current top ten albums. The information received from the clairvoyant, Steve, forms the content of this booklet.
Andrea Heller and Paul Harper reproduced the original data Steve sent to them via email. These contain interesting additional comments and inconsistencies, either from Steve or from the rock star he was in contact with at the time. On the following pages are the refined top ten lists with additional information including track listing, catalogue number and original release date. Heller and Harper worked on the assumption that the order the albums have been sent to them by the clairvoyant is the correct running order from 1 to 10.
This publication follows Death Disco, a fictional playlist of ten dead rock stars' top ten songs.
wishlist
published in 2008
English edition
16,5 x 22 cm (softcover)
42 pages (b/w ill.)
ISBN : 978-3-905714-40-1
EAN : 9783905714401
sold out 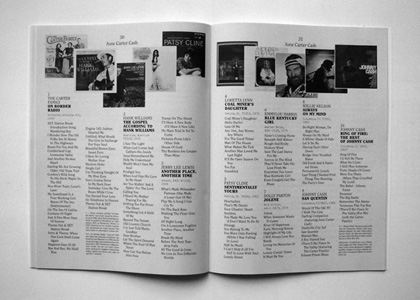 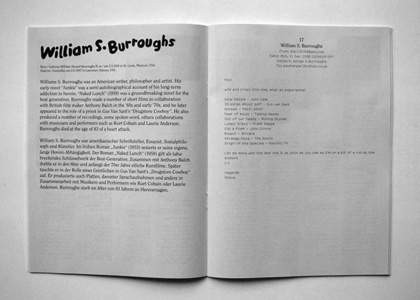 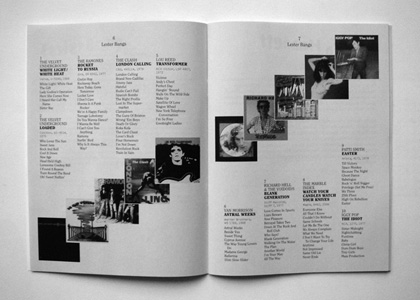