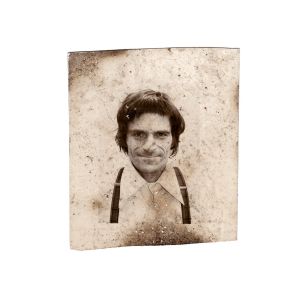 order
wishlist
Jean-Marie Massou's double album presenting, in a raw way, the recordings made at the end of the 1970s in a giant tank.
At the end of the 70's, the young adult Jean-Marie Massou left the region of Seine-et-Marne, France, to follow his mother's return to the family's native area, Le Lot. On the way he briefly stopped in Coulanges-La-Vineuse, where he recorded his laments on cassette, singing popular and traditional songs into a giant water tank. This was the start of many recordings and messages to mankind. Almost 40 years later, Jean-Marie let's us hear one of his precious tapes from this period. Rough, brut recordings of his voice, occasionally accompanied by rocks thrown against the tank walls.
Jean-Marie Massou (1950-2020) was a figure of "art brut", defined in its strictest sense, who lived for 45 years in the forest of Marminiac in the Lot (France). In the 1970s, a mother refused to allow her son, a psychotic, illiterate and lonely young man, to be institutionalized. She offered him a forest of chestnut trees. There, Jean-Marie Massou will create, alone, a staggering world-work: hundreds of recorded cassettes, thousands of engraved stones, tons of rubble moved to dig kilometers of underground galleries, wells, an abyss, a pyramid, as traces of his universal mission. Massou, found lifeless on the ground in his house in the middle of the woods on May 28, 2020, at the age of 70, had been the subject of a remarkable documentary directed by the artist Antoine Boutet in 2009.
order wishlist
published in 2022
10.00 €
in stock 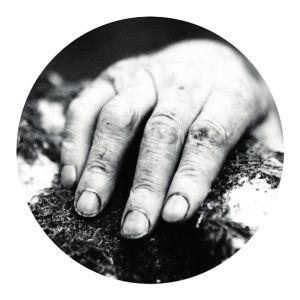