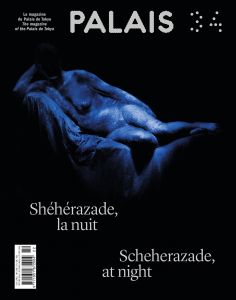 order
wishlist
This issue 34 of the Palais magazine accompanies and echoes the exhibition Scheherazade, at night presented at the Palais de Tokyo from 19 October 2022 until 8 January 2023, bringing together six international artists (Minia Biabiany, Miguel Gomes, Ho Tzu Nyen, Pedro Neves Marques, Lieko Shiga and Ana Vaz) whose practice summons the tumult of the contemporary world through the political power of narrative and the imaginary.
"Oh happy readers, it is told that in a word prey to abundant crises, artists and authors come forth to write fictions inspired by the realities in which they are living. Fictions conceived of as critical tools for emancipation in the face of systems of oppression and exploitation that, to this day, constitute the matrix of our ways of acting and thinking. It is also told that they attempt to turn the beliefs and desires that enliven us into myths and fables in order to construct other possible worlds and to make space for new individual and collective futures. Weaving narratives like baskets with the intention of transporting and sharing them, they feel reality's potential to be transformed by fiction and encourage us to equip ourselves with a new collective imagination of power that ensures a greater ability to take action on our current social forms. It is also told that they dream of their cousin Scheherazade who, at night, intertwines narratives, ranging from absolute phantasmagoria to the rawest realism, so as to distract the sultan Shahryar from the gruesome plan that he has developed: each evening, marrying another virgin woman before having her executed at dawn and, consequently, bringing an end to the entirety of humanity. Telling stories to cheat death. Because Scheherazade and the artists who follow her take detours, they seem to digress, tell stories of social realities more than they represent them; but what is at stake is survival in the face of hegemonic speech and prescriptive fictions that wish to impose themselves on the many and lead them straight to catastrophe for the mere advantage of the few. Viewing history as a construction site, one that is constantly wrecked then reinvented, they pit the powers of fiction against fictions of power in an explicitly political confrontation."
Published twice a year, Palais magazine offers an in-depth perspective on the exhibitions and program of the Palais de Tokyo. Palais allows people to see contemporary art in a topical way, as often as possible from the point of view of the artists themselves. Each issue of the magazine includes dossiers, interviews, essays, special projects and inserts, all contributed by artists, art critics, historians or theorists, making Palais magazine an essential tool for apprehending contemporary art.
order wishlist
Texts anf visual contributions by Alaa Abd el-Fattah, Lina Attalah, Minia Biabiany, Zoe Butt, Marie Cosnay, Alfonso Díaz, Youssef El Chazli, Miguel Gomes, Yoann Gourmel, Ho Tzu Nyen, Noémi Lefebvre, Nuno da Luz, Olivier Marboeuf, Pedro Neves Marques, Elías Quintana, Mariana Ricardo, Lionel Ruffel, Lieko Shiga, Abdellah Taïa, Ana Vaz, Antoine Volodine.
published in October 2022
bilingual edition (English / French)
22,5 x 28,5 cm (softcover)
192 pages (ill.)
15.00 €
ISBN : 978-2-84711-141-5
EAN : 9782847111415
in stock 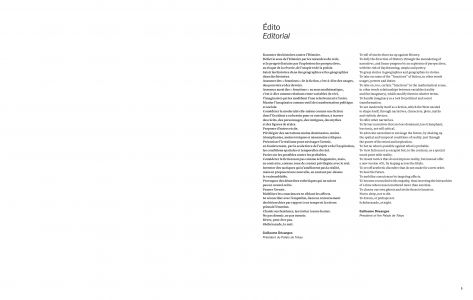 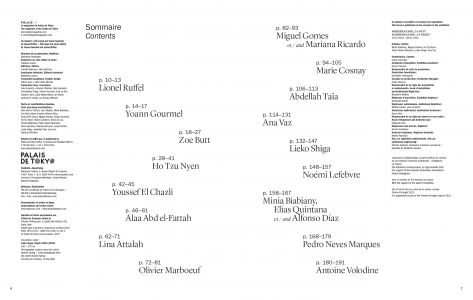 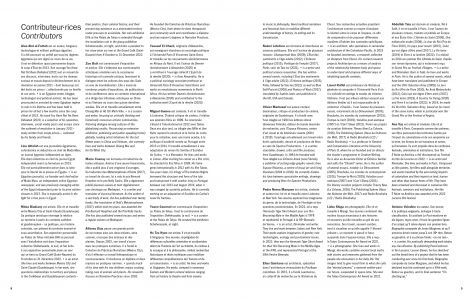 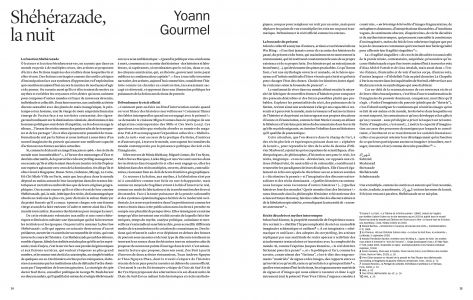 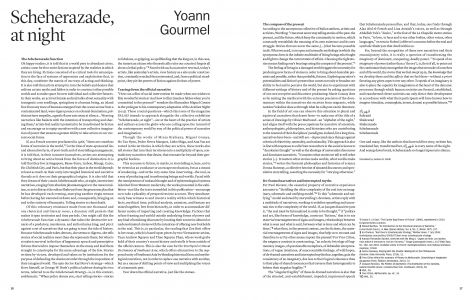 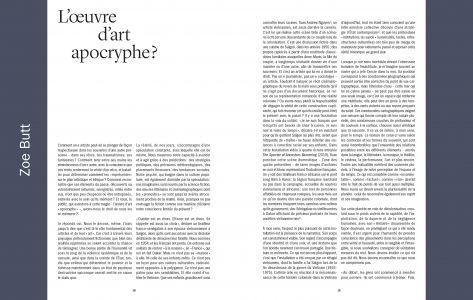 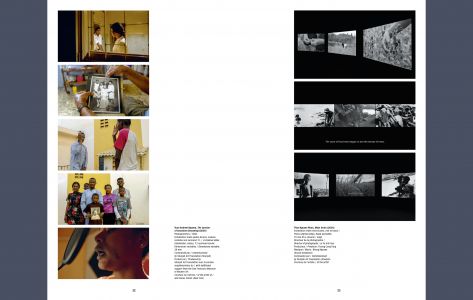 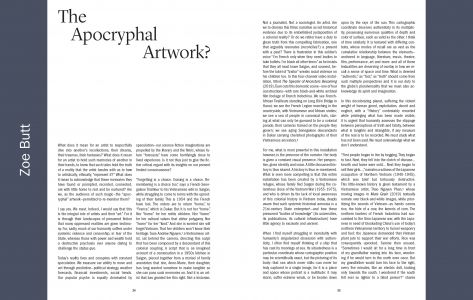 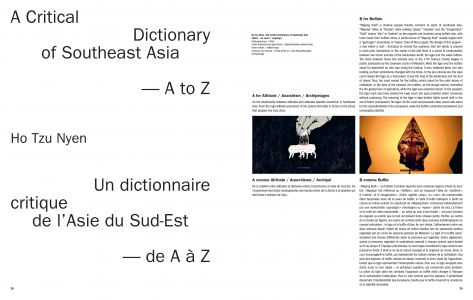 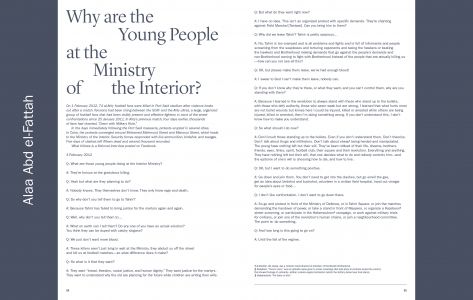 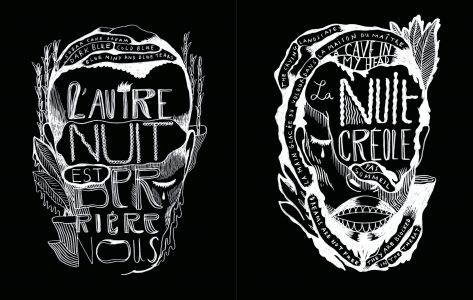 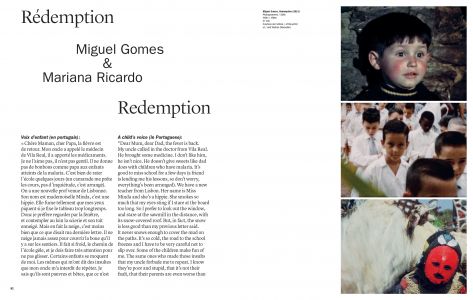 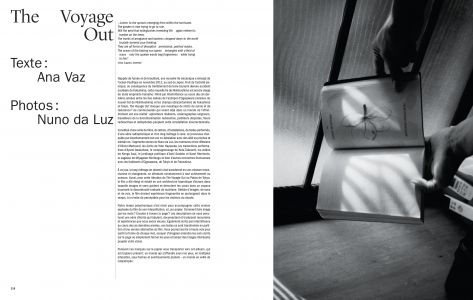 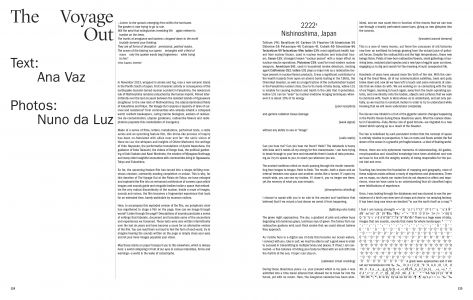 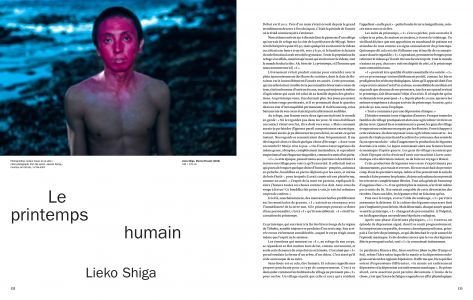 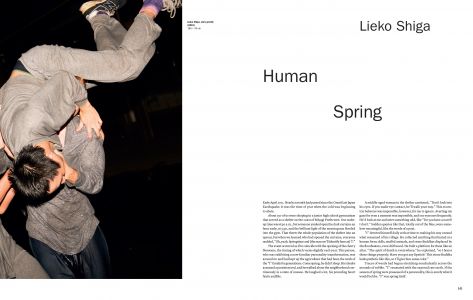 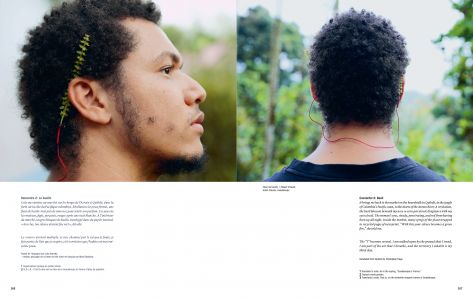 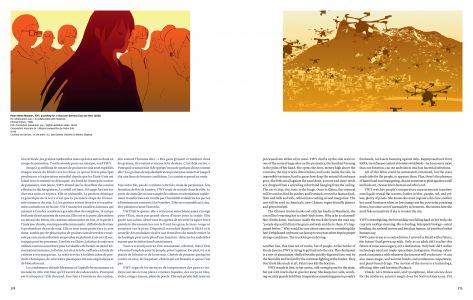