New York City based artist Rita Ackerman was born in Budapest in 1968. From 1989 to 1992, she attended the Academy of Fine Arts in Budapest and from 1992 to 1993, she attended the New York Studio School of Painting, Drawing, and Sculpture, which is also know as the Hanes Foundation. Her work consists mainly of vivid oil paintings, but also of drawings, collages, and installations that often deal with the issues of popular culture. 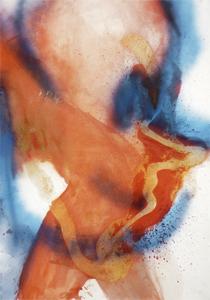 Fire by Days
2011
no text
Nieves
Rita Ackermann's eponymous new painting series (a highly distilled series of pictures based on two colours and a single composition) in book form. 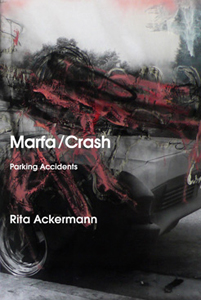 Marfa/Crash – Parking Accidents
2009
no text
Nieves
(last copies available!)
Issue #7 of THE international with Rita Ackermann, featuring drawings, collages, photographs and new paintings that were inspired by and created during Rita Ackermann's stay in Texas.

Under Pressure
2008
no text
Nieves
sold out
Rita Ackermann's paintings and collages.