Liz Craft, born in 1970, lives and works in Los Angeles.
The image of California is characterized by the myth of the hippie, the lonely cowboy, and the easy rider, by lascivious sexiness and speed, by sun, fun, and wild creative experiments. It seems to be the place where the greatest ideas and dreams are born, that then spread across the world. A Californian dream of sun, love, and peace, as sweet as the music of Fleetwood Mac or Crosby, Stills, Nash and Young, but with a dose of critical awareness.
Liz Craft's sculptures appear to be where they are by accident, as if they were borrowed from another age or stemmed from the effects of intoxicating drugs taken the evening before. Craft confronts the everyday with fantastic energies and myths, thus initiating a discourse that is ambiguous and fictitious, situated somewhere between truth and lies, creating spaces without a direct political content, open to our projections. Open-ended, with no solution. 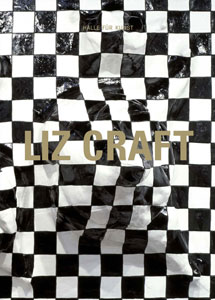