Marialba Russo (born 1947 in Naples) is an Italian photographer. She has been living in Rome since 1987. She studied painting at the Academy of Fine Arts in Naples and at the end of the sixties she approached photography, used to investigate the religious representations and popular feasts in central and southern Italy. In the seventies, she started the series i Quaderni dello sguardo, dedicated to the publishing of her photographic projects. In the following years, she took part in several photography-related events and initiatives both in Europe and the United States. Meanwhile, she collaborated with many Italian universities, holding courses on photography. Alongside her personal research, she worked with Vogue Italia and other Italian and international magazines and newspapers.
In 1989, the Galleria d'Arte Moderna Giorgio Morandi of Bologna presented a retrospective of her work, which catalogue featured a letter by Alberto Moravia. In the nineties, her research shifted toward more intimate, analytical reflections, which approached the landscape as a metaphor for inner time. Her two exhibitions Incantesimo, at the Museum of Photography of Thessaloniki in 2001, and Passi at the Jintai Art Museum of Beijing in 2003, were previews of L'Incanto, the project on which she had been concentrating for ten years, from 1990 to 2000.
The series Travestimento (1975—80), which portrays men who for one day cross-dress as women during carnival celebrations in small Campanian towns, is exhibited within the collective show Nomadic Subject. Female identity through the images of five Italian photographers 1965—1985 (Centro per l'arte contemporanea Luigi Pecci, 2019) and published in the homonymous volume (NERO, 2020). 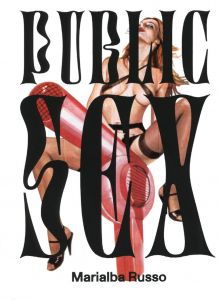