Peter Fischli (born 1952 in Zurich) and David Weiss (born 1946 in Zurich, died on 27 April 2012) have been collaborating since 1979 on a body of work that humorously celebrates the sheer banality of everyday existence. Indebted to Dada, Surrealism, Pop Art, and Conceptual Art, utilising a variety of media including photography, film, video, artists' books, installation and sculpture, their work playfully ignores the traditional distinction between high and low art, while at the same time commenting on the human condition. Fischli & Weiss have represented Switzerland at the Venice Biennale several times during their career. 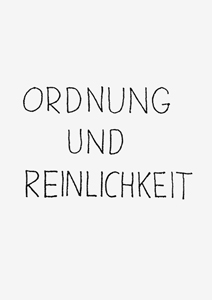 Ordnung und Reinlichkeit
2016
no text
Nieves
Reissue of a booklet from 1981, this suite of drawn charts and diagrams was originally published to accompany the films of Rat and Bear—Fischli & Weiss fictional alter egos, and symbols of Western culture's faith on contraries. 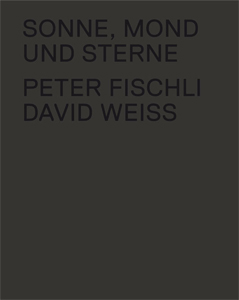 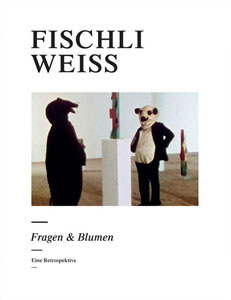 Fragen & Blumen – Eine Retrospektive
2006
German edition
JRP|Editions - Monographs
sold out
This unique book, developed in collaboration with the artists, accompanies a major, touring retrospective exhibition and is the most extensive visual record of their extraordinarily varied work yet published.