Swiss artist Hannah Villiger (1951-1997) studied sculpture with Anton Egloff at the School of Applied Arts in Lucerne from 1972 to 1974. In 1974 she received the Swiss Federal Art Scholarship and a scholarship for the Istituto Svizzero in Rome. She lived in Rome until 1977, first at the Istituto Svizzero and then in the Trastevere neighborhood. After that, she moved to Montefalco, Italy, before returning to Switzerland. Starting in 1986 she lived in Paris, and between 1992 and 1996 she held a teaching position at the Basel School of Design.
Hannah Villiger's artistic work is recognized in Switzerland and internationally. In 1975 she represented Switzerland at the 9th Biennale de Paris alongside John Armleder and Martin Disler, among others. In 1981 she took part of the group exhibition Künstler aus Basel (Artists from Basel) at Kunsthalle Basel, followed by the solo exhibition Neid (Envy) in 1985, curated by Jean-Christophe Ammann. Institutional exhibitions have taken place at Centre culturel suisse, Paris (1986); Museum für Gegenwartskunst, Basel (1988); Kunstverein Frankfurt (1991); and the 22nd Bienal de São Paulo (1994), where she presented her work in the Swiss Pavilion together with Pipilotti Rist. Posthumous solo exhibitions have taken place at Kunsthalle Basel (2001); Kunsthalle Bonn (2001); nGbK Neue Gesellschaft für bildende Kunst, Berlin (2002); MAMCO Musée d'art moderne et contemporain, Geneva (2007); Museum für Gegenwartskunst, Basel (2008); and Centre culturel suisse, Paris (2012). In 2020 and 2021, Villiger's work was included in group exhibitions at Kolumba, Cologne, and the Museum zu Allerheiligen, Schaffhausen. 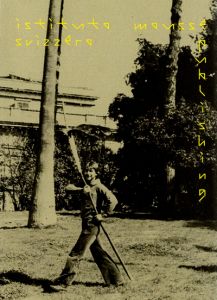 Roma and afterwards
2021
English edition
Mousse - Mousse Publishing (books)
The Roman period (1974-1976) of the Swiss artist Hannah Villiger (1951-1997), some decisive years where she developed the sculptural approach to photography that would shape all of her later work.