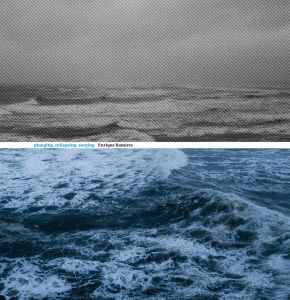 Plunging Collapsing Surging (vinyl LP)
2020
Optical Sound
This project is a cooperation with The Narbonnaise regional park in south France where Enrique Ramírez developped a project related to the rising of the sea level and climate change. All tracks are made from field recordings Ramírez did under the water and in different areas of the nature reserve in the regional park.