Ben Patterson (1934-2016) was a composer, musician and artist affiliated with Fluxus. He settled in Cologne in 1960, where he was active in the contemporary music scene and created some of his early seminal works. He then worked with George Maciunas in organizing the historic 1962 Fluxus Festival in Wiesbaden and his works continued to be an important presence at Fluxus events until the late 1960s. After some decades in the US working in art administration, in 1989 he returned to Europe, creating a vast repository of scores, paintings, and sculptures. He has exhibited or performed widely around the world. 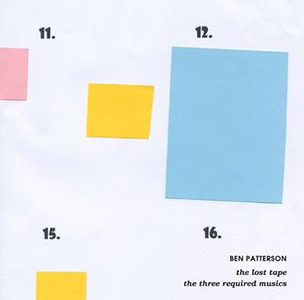 The Lost Tape & The Three Required Musics (vinyl LP)
2018
Edition Telemark
LP featuring a recording of the search for a lost tape by musician Ben Patterson, with the help of editor Stefan Fricke and composer hans w. koch. This 1960 lost tape acts a symbolical archive, since it documents Patterson's pre-Fluxus period. Having failed to find it, tehy decided to recreate the recording with a score from this period. The reconstructed track is on the record's B side. This edition includes liner notes, and selected documents chronicling the search. 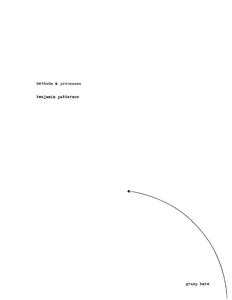 Methods & Processes
2011
English edition
Incertain Sens - Artist's books and editions
currently out of stock
The reprint of the publication pioneer in the artistic experimentations of the 1960s, published by the artist in 1962 (leporello).