Claude Pélieu (1934-2002) is a French collage artist and poet. First influenced by Surrealism in his early days, he then moved to the United States in the early 1960s where he became friends with the writers of the Beat Generation (William Burroughs, Allen Ginsberg, Bob Kaufman...), who inspired him and whom he soon translated with the help of his lover Mary Beach. From the 1980s onwards, and after having published over twenty books, he devoted himself almost exclusively to the practice of collage art. 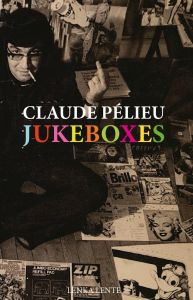 Jukeboxes
2020
French edition
Lenka lente
currently out of stock
A collection of poems first published in 1972 by the French companion of the Beat Generation.