American artist Charles Atlas (born St. Louis, Missouri in 1949) is a leading figure in the domain of film and video art, creating complex video installations and seminal films documenting dance and performance art. Atlas rose to renown with collaborative projects involving choreographers like Merce Cunningham and Michael Clark as well as the fashion designer and performance artist Leigh Bowery. His network of creative collaborators and associates largely coincides with his circle of friends: many of his works from the 1980s and 1990s are portraits of fellow protagonists of the New York underground scene and the contemporary milieu, employing a sub- and pop-cultural idiom to scrutinize aspects of biopower and the politics of bodies and identity.
Charles Atlas lives and works in New York City. Over the decades, his work has been presented in numerous exhibitions in the U.S. and abroad, including, most recently, at the Museum of Modern Art (2017); the Walker Art Center, Minneapolis (2017); the Whitney Museum of American Art, New York (2016); and the Tate Modern, London (2013). His contribution to the 57th Venice Biennale in 2017 was honored with a Special Mention Award. 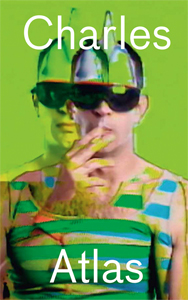