Michael R. Taylor is the chief curator and deputy director at the Virginia Museum of Fine Arts (VMFA) in Richmond, Virginia. Prior to his appointment at VMFA in 2015, he served as the Muriel and Philip Berman Curator of Modern Art at the Philadelphia Museum of Art from 1997 to 2011, and director of the Hood Museum of Art at Dartmouth College from 2011 to 2015. A scholar of Dada and Surrealism, with a special focus on the work and ideas of Marcel Duchamp, Michael R. Taylor has organized a number of exhibitions during his career, including “Giorgio de Chirico and the Myth of Ariadne” (2003), “Salvador Dalí: The Centennial Retrospective” (with Dawn Ades) (2004), “Arshile Gorky: A Retrospective” (2009), and “Picasso and the Avant-Garde in Paris” (2010). In 2010, his exhibition catalogue, Marcel Duchamp: Étant donnés, won both the George Wittenborn Prize and first prize for best museum permanent collection catalogue by the American Association of Art Museum Curators. Also in 2009 he was co-commissioner with Carlos Basualdo for the Bruce Nauman exhibition at the American Pavilion for the 53rd Venice Biennale (winner of the Golden Lion award for best national pavilion). 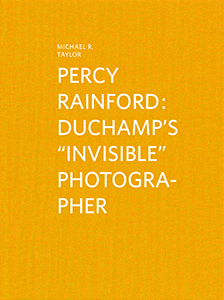