Steffani Jemison (born 1981 in Berkeley, California, lives and works in Brooklyn, New York.) uses time-based, photographic and discursive platforms to explore “progress” and its alternatives. Building on a practice that places African American history and culture at the intersection of Conceptual Art, Jemison's work considers how inherited visual strategies both limit and expand our access to history more broadly.
She holds an MFA from the School of the Art Institute of Chicago (2009) and a BA in Comparative Literature from Columbia University (2003). She has participated in artist residencies at Smack Mellon, Brooklyn; the International Studio and Curatorial Program, Brooklyn; Project Row Houses, Houston; and the Core Program at the Museum of Fine Arts, Houston. In 2015, she presented her new multipart commission Promise Machine at the Museum of Modern Art.
Jemison's work has been exhibited nationally and internationally at venues including the Brooklyn Museum; the Drawing Center; LAXART; the New Museum; the Royal Danish Academy of Fine Art; the Studio Museum in Harlem; Laurel Gitlen; and Team Gallery. 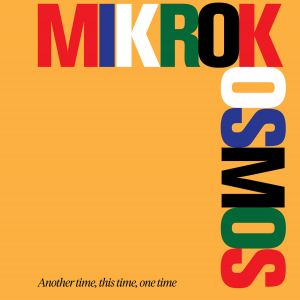 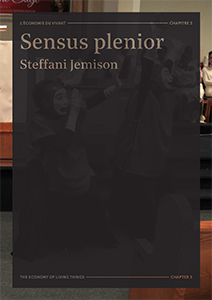 Sensus Plenior
2017
bilingual edition (English / French)
Jeu de Paume - Monographs
Catalogue dedicated to a video project on the practice of gospel mime within the African-American church. This subject is an opportunity for Jemison to express her interest in language and gesture, and on the discursive dimension of African American culture.