Shezad Dawood (born 1974 in London, where he lives and works), is an artist and filmmaker, who looks at the compiling, layering and editing of multiple narratives across his films, paintings and sculptural works. His collaborative film projects derive from extended periods of time investigating particular locales, involving their communities in fictions of place. These fictions often use genre as a fantastical prism by which to reflect on both lived and imagined ways of being, a kind of alter-documentary. Key themes in his work include performing cinema, the (an-)archive, and an inquiry into modes of perception and how they move across the spectrum of the alchemical and the digital, figuration and abstraction and what it means to make images and texts at this moment in time.
Recent solo exhibitions include: “Pioneer Works,” Brooklyn (2015), “Fig.2” at the ICA studio, London (2015), “Parasol Unit,” London, Leeds Art Gallery and OCAT Xi'an, China (all 2014), Modern Art Oxford (2012). And group exhibitions include: Taipei Biennial (2014), Marrakech Biennial (2014), MACBA Barcelona (2014), Witte de With (2013), Busan Biennale (2010), Tate Britain (2009), and the Venice Biennale (2009). His recent feature film Piercing Brightness (2013), has been screened at the ICA, London, MoMA, New York and various international festivals and museums. Curatorial projects include the exhibition and publication: “Black Sun, for the Devi Art Foundation,” Delhi (2013/4). Shezad Dawood is Senior Research Fellow in Experimental Media at the University of Westminster. 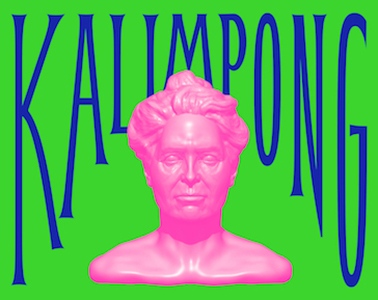 Kalimpong
2016
English edition
Sternberg Press - Fiction
Part fact, part fiction, this collaborative artist's novel is set in the curious town of Kalimpong, India, where past meets present in a multi-layered tale of espionage and the esoteric.