Maxime Bondu (born 1985, lives and works in Gaillard, France) studied Art History and Archeology at the University of Marne la Vallée and graduated from the Brest Fine Art School in 2009. His work focuses on the notions of information, speculation and probability, with a strong collaborative and curatorial input. As a cofounder of Monstrare, he manages the Monstrare Camp, a community experiment set in the 30,000 sq. meter cave site of Dampierresur Loire. He has developed Bermuda, a mutualized studio project at the French Swiss border. 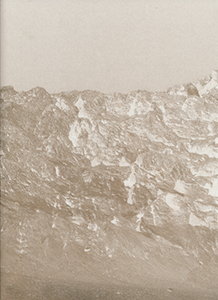 Maxime Bondu, Bureau A
Sea Level
2017
English edition
Boabooks
This publication stems from The Devil's Peak (in beige), an installation created in the Californian desert of Amboy by Maxime Bondu and Bureau A (Leopold Banchini & Daniel Zamarbide). The project deals with how the absence of water conditions life in the desert. 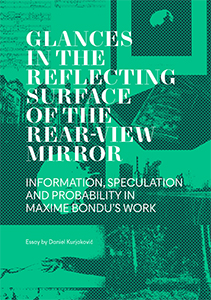