The work of Mierle Laderman Ukeles (born 1939 in Denver, Colorado) concerns the everyday routines of life. In 1969, following the birth of her first child, Ukeles wrote her Manifesto for Maintenance Art as a challenge to the oppositions between art and life, nature and culture, and public and private. Her work looked to highlight otherwise overlooked aspects of social production and questions, still very relevant today, the hierarchies of different forms of work, especially of housework and low-wage labour. Ukeles was interested in how artists could use the concept of transference to empower people to act as agents of change and stimulate positive community involvement toward ecological sustainability. Since 1977, Ukeles has acted as artist in residence at the New York City Department of Sanitation and realised radical public art as public culture in a system which serves and is owned by the entire population. 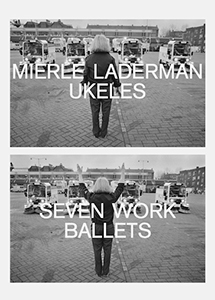