Joji Koyama (born in Tokyo, lives and works in Berlin) is a filmmaker, animator and graphic artist. His short films and animations have screened internationally. In 2015 he published his first book of short visual stories Plassein, and an illustrated colouring book Elsewhere, for Penguin books. He is currently working on a film in collaboration with musician and songwriter Tujiko Noriko. 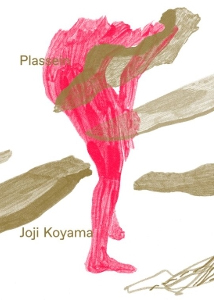 Plassein
2015
no text
Toupée
A series of short visual stories designed with refinement by Japanese artist Koyama, whose subtle's pencil stroke, narrative use of geometric forms and application to render textures contributed to build a most fascinating artist's book.