Christodoulos Panayiotou (born 1978 in Limassol, Cyprus, lives and works in Limassol and Paris) transforms the world into a theatre in which the myths that unite us are acted out. From one enigma to another, his works reveal the hidden history of the world, like a contemporary archaeologist whose role is no longer to relate history but to rephrase it. Christodoulos Panayiotou often uses Cyprus as backdrop and starting point, choreographing a constantly reinvented version of history and exploring the way in which simple gestures can act as subversive counterpoints to homogeneous, nationalist narratives. Christodoulos Panayiotou's work is a metaphor for the fact that work is no longer valued, but instead of destroying or giving up, his oeuvre seeks to shift interest onto the value of art. Panayiotou highlights the fragility of one of our fervently held beliefs: that trade and commerce are the mainstays of our society. 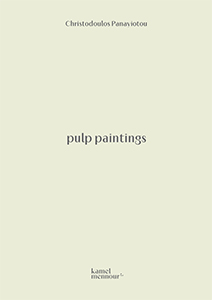 Pulp Paintings
2018
bilingual edition (English / French)
Kamel Mennour
This catalogue focuses on a series of paintings made of discarded euro banknotes. These imposing fields of colour produced by the synthesis of the original banknotes are part of a greater investigation that seeks to remobilise devalued material. With a foreword by Jean Capeille. 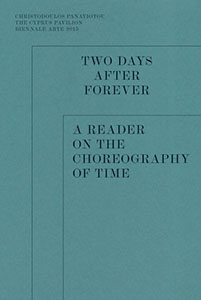 Two Days after Forever – A Reader on the Choreography of Time
2015
English edition
Sternberg Press - Monographs and artists' books
An alternate temporal manifestation of the themes developped by artist Christodoulos Panayiotou and curator Omar Kholeif at the Cyprus Pavilion at the 56th Venice Biennale, in 2015. 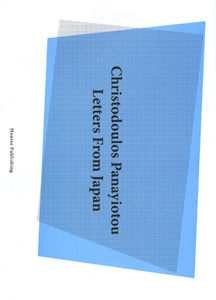