The artistic practice of Geoffrey Farmer (born 1967 in Vancouver, where he lives and works) integrates forms of collecting and scholarship employed by cultural historians, and draws on a diverse repertoire. After extensive research, the artist builds collections that unite aspects of visual art, literature, music, politics, history, and sociology, and crystallize in sprawling theatrical installations.
In 2012, Geoffrey Farmer contributed his “Leaves of Grass” (2012) to Documenta 13; in 2011, he participated in the 12th Istanbul Biennial. His work has been on display in numerous solo shows, as well as at REDCAT, Los Angeles, and Casey Kaplan Gallery, New York (both 2011). Farmer also participated in the project “The Garden of Forking Paths” (2011), initiated by the Migros Museum of Contemporary Art. 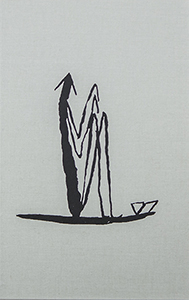 A Way Out of the Mirror
2017
bilingual edition (English / French)
Mousse - Mousse Publishing (books)
A complement to the project presented by the Vancouver-based artist at the Canadian pavilion for the 2017 Venice Bienniale, this publication includes over two hundred drawings by Farmer, at once perfectly readable and traumatic, and a glossary compiled by curator Kitty Scott. 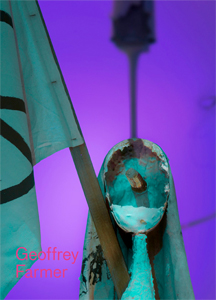