Joshua Decter is a writer, curator, theorist and art historian who has taught at Bard College's Center for Curatorial Studies, The School of Visual Arts, School of the Art Institute of Chicago, NYU, and USC. 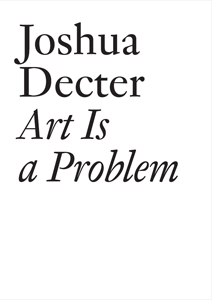