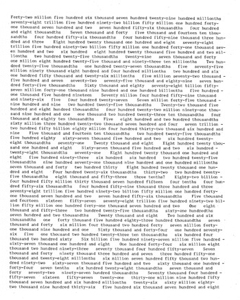 wishlist
A monumental monograph.
Like a whole organizing the sum of its parts, this monograph conceived by the artist is presented in three chapters: works (1964-1995), texts (around thirty since 1970), the most important solo and group shows since 1969.
On Kawara situates his artistic activity at the exact intersection of the objective with the subjective at a given moment where the position and meaning of this point have become the focus of interest, particularly in the field of art.
On Kawara (1932-2014) is arguably one of the most influential contemporary artist. Born in Japan, Kawara's first exhibitions include the first Nippon Exhibition, at the Tokyo Metropolitan Art Museum, in 1953, and at the Takemiya and Hibiya galleries the following year. The art of this forerunner conceptual artist was first exhibited in New York—where he has lived since 1965—at Dwan Gallery in 1967, and his one-person exhibition “One Million Years” was shown in Düsseldorf, Paris, and Milan in 1971. Kawara's work was included in Kassel's Documentas 5 (1972), 7 (1982), and 11 (2002), in the Tokyo Biennale (1970), the Kyoto Biennale (1976), and the Venice Biennale (1976).
His work has been included in many conceptual art surveys from the seminal “Information show” at the Museum of Modern Art, New York (1970), to “Reconsidering the Object of Art: 1965-1975” at the Museum of Contemporary Art, Los Angeles (1995).
Personal exhibitions of his work have included the Centre Pompidou, Paris (1977); the Moderna Museet, Stockholm (1980); Museum Boymans-van Beuningen, Rotterdam (1991); the Dia Center for the Arts, New York (1993); the South London Gallery (2004); and the Dallas Museum of Art (2008). 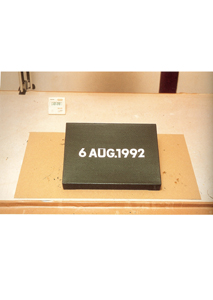 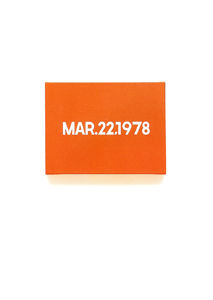 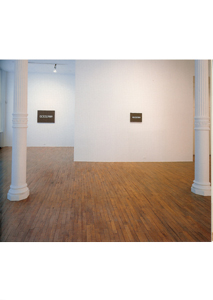 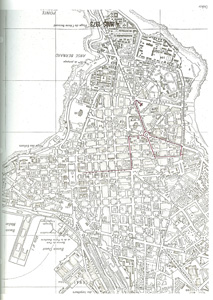