Jimmie Durham (1940-2021) is one of the most influential artists, not least for younger generations of artists and curators. Of his art he said that it “works against the two foundations of the European tradition: Belief and Architecture.” Sculpture, seen as the coming together of object, image, and word, was fundamental to his practice, but he was also a poet, essayist, and educator.
Durham's life as an artist began in the mid-1960s in Texas. In the early 1970s he worked in Geneva. In the late 1970s he was a political organizer with the American Indian Movement, Director of the International Indian Treaty Council and its representative to the United Nations. In New York around 1980 he turned once again to art. Between 1987 and 1994 he was based in Mexico, and thereafter in Europe, or, as he prefered to say, in Eurasia. 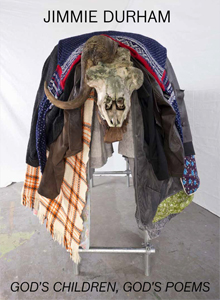 God's Children, God's Poems
2017
bilingual edition (English / German)
JRP|Editions - Monographs
Monograph documenting an eponymous project in which the American artist explores the relationship between humans and nature by means of a sculptural assemblage made out of the skulls of Europe's largest animal species. 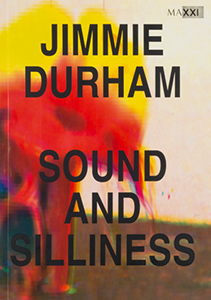 Sound and Silliness
2016
bilingual edition (English / Italian)
Nero
A hybrid publication beween a catalogue and an artist's book, articulated on two different registers: a flip-book consisting of the frames of the two videos shown in the exhibition at MAXXI, published on all of the right pages in the book; and a section of critical texts and images documenting the exhibition, on the left. 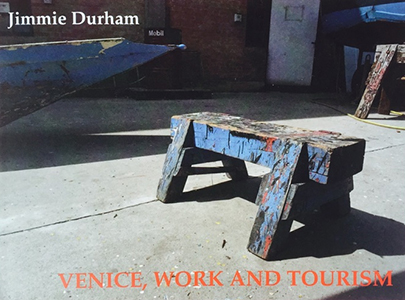 Venice, Work and Tourism
2015
bilingual edition (English / Italian)
Mousse - Mousse Publishing (books)
This artist book is composed of the observations, texts and images that Durham collected during a Venetian stay, pointing out the complex relationship between the tourism industries, the stories of local workers and Venice's history. 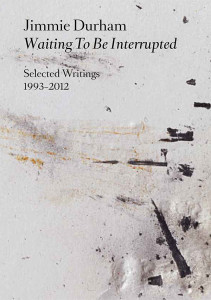 Waiting To Be Interrupted – Selected Writings 1993-2012
2014
English edition
Mousse - Mousse Publishing (books)
sold out
A selection of writings by artist, poet and political activist Jimmie Durham, one of the most influential figures of recent decades: essays and conferences on art and society, critical reflections on “Eurasia”, the history of US-American Indian relations, and observations on the city and nature. A recurrent theme is his interrogation of the ideological complicity between monumental architecture and scripture – “architexture”– as the foundation of Eurocentric belief and tool of others' disenfranchisement. 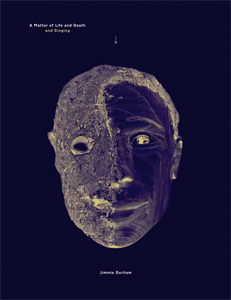 A Matter of Life and Death and Singing
2012
English edition
JRP|Editions - Monographs
sold out
A comprehensive, generously illustrated retrospective featuring more than 100 works from all Jimmie Durham's creative periods. It contains major new essays, as well as new texts by Durham himself.