Armando Andrade Tudela (born 1975 in Lima, Peru, lives and works between Berlin and Saint-Étienne, France) works with a wide range of media in order to explore the intersecting interfaces between popular culture, politics and fine art. While frequently using the South American cultural and historical context as his starting point, Andrade Tudela in fact focuses on complex systems of translation and transference; how are aesthetic ideas assimilated and reactivated politically, or socially, at a local level? And more broadly speaking, how are ideasthemselves embedded within the fabric of geography and physical topography?
Andrade Tudela studied at Pontifícia Universidad Católica, Lima, Perú, The Royal College of Arts, London, and at the Jan Van Eyck Akademie. He has had exhibitions at Macba (Barcelona), Frac Bourgogne, DAAD (Berlin), the Museo de Arte de Lima, the Ikon Gallery (Birmingham), the FKV (Frankfurt) and the Kunsthalle Basel. He has taken part in the 2006 Sao Paulo Biennial and the 2006 Shanghai Biennial. 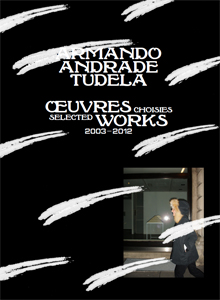 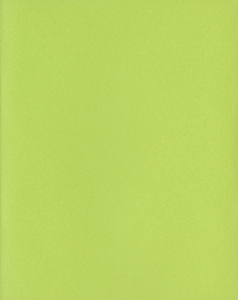 Nine Images of the Glass House and One Portrait
2007
no text
it: editions
Photographic essay dedicated to Lina Bo Bardi's Glass House. Armando Andrade Tudela outlines the relationship between the light, the building's structure and its close environment. Glass House is a perfect example of the union of Modernism and Brazilian vernacular architecture, and Bo Bardi's first production in Brazil.