Lucie Stahl (born 1977 in Berlin, lives and works in Vienna) uses a contemporary photographic technique for her poster-like works, arranging mundane objects such as spices, ties, women's magazines and wheel rims on a scanner and then encases the resulting inkjet prints in polyurethane like distant objects. The works are annotated with brief text fragments in which Stahl humorously provides her subjective perspective on social and political events and on the competitiveness between artists and the almost-hysterical hype that characterises the art world. Her aphoristic commentary is reminiscent of the language of American stand-up comedy, with short anecdotes in rapid succession and witticisms, recounted as if in a soliloquy, that relate awkward or embarrassing situations, pointed observations on society and her own and others' comments. The juxtaposition of the texts and the spontaneously reproduced iconic objects creates a tension that has a distancing effect.
Lucie Stahl studied at HdK, Berlin, Glasgow School of Art and Städelschule, Frankfurt am Main. Recent solo exhibitions include Galerie Meyer Kainer, Vienna (2011), Kölnischer Kunstverein with Běla Kolářová (2011) and Kunstverein Nürnberg (2009) and the group exhibitions Flaca, curated by Tom Humphreys, Portikus, Frankfurt am Main (2011), Schrippenkönig mit p?, curated by Thomas Bayrle, Galerie Mezzanin, Vienna (2011), An Image, Kaleidoscope Project Space, Milan (2011). Since 2008 she runs the exhibition space Pro Choice with Will Benedict. Stahl was granted the BC21 Art Award in 2011. 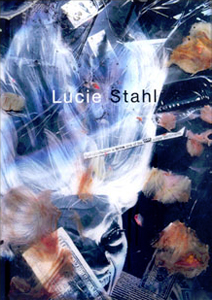