Born 1968 in Nanterre, France, Stephane Pichard lives and works in Bamako, Berlin, Paris and Seoul.. In 1993 he graduated from the ENSBA in Paris. He continued his studies at the University of British Columbia, Vancouver, Canada, completing a Master in Fine Arts. He then pursued his research at Paris VIII and at the INA. As a professor of plastic arts, he developed the residency program "Synapse" at the ESA in Rueil-Malmaison. 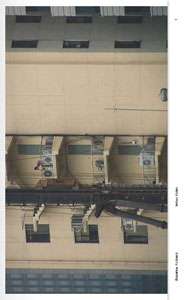