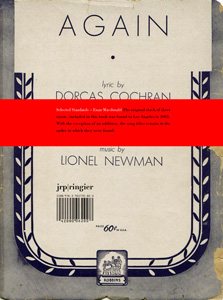 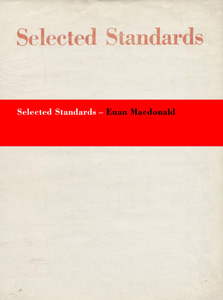 order
wishlist
Euan Macdonald's Selected Standards is an artist book that combines title pages from sheet music found in a second hand store in Los Angeles with drawings and aerial photographs of LA.

The represented songs are hits from jazz musicals from the 1940's and 1950's and they range in theme from zany and wistful, to melancholic and existential. Some are well-known standards, while others are obscure. The song titles contain philosophical moments, familiar and peripheral experiences, some imagining a better world, or offering a fleeting chance to escape the one we're in.
When he first encountered the sheet music, Macdonald was intrigued by the narrative relationship that developed between the titles. With the exception of an addition, the title pages are presented in the order in which they were originally found. In the spirit of improvisation and free association, so closely linked with jazz, Macdonald paired each song with drawings made in his studio as well as with aerial photographs of Los Angeles.
The publication is part of the series of artist's projects edited by Christoph Keller.
Born 1965 in Edinburgh, Euan Macdonald lives and works in Los Angeles.
order wishlist
Edited by Kathy Slade. 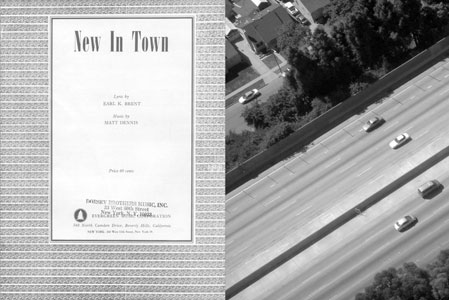 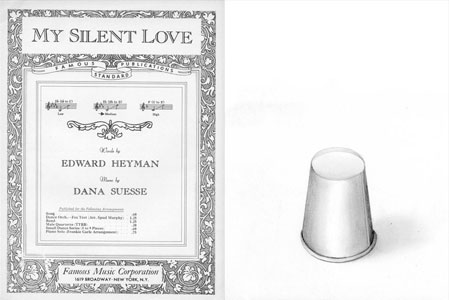 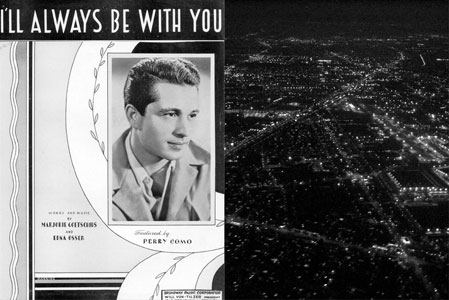