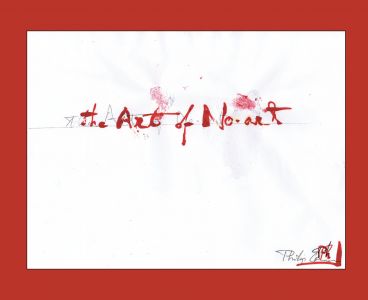 order
wishlist
A large book-object of scores by artist and composer Philip Corner, including a numbered art print and a supplemental audio download which features recordings of many scores from the book, played on a variety of instruments by 10 musicians (limited edition of 100 hand-numbered copies).
The Art of No-Art is a collection of 385 new graphic scores written between 2019 and 2022. Each score is a single-page meditation based around octaves. Though written mostly for piano, the scores could be arranged for other instrumentation (for those with fewer than an 8 octave range).
The Art of No-Art explores the endless possibilities of one musical note (and its bounded harmonics). The pieces can be performed by people of any skill level; rudimentary or advanced navigations are possible.
A supplemental audio download is included, which features recordings of many scores from the book, played on a variety of instruments by Agnese Toniutti, Rhodri Davies, Sarah Davachi, Derek Baron, Philip Corner, Matt Hannafin, Charlie Morrow, Zachary Paul, and Silvia Tarozzi. Additionally, Philip Corner wrote instructions for Sean McCann to collage all these recordings into a grand piece of No-Art.
A numbered art print of the score "Life's A Joke" is included, a piece for voice which invites the reader to sing (or shout), "LIFE'S A JOKE AND ALL THINGS SHOW IT, I THOUGHT SO ONCE AND NOW I KNOW IT."
Philip Corner (born 1933 in New York) is an American composer. His interdisciplinary works have been performed throughout the world and he is also active as a performer, visual artist and writer. He has participated in various concerts, exhibitions and festivals with the name Fluxus since 1961, served as a resident composer and musician to the Judson Dance Theater and collaborated with the Experimental Intermedia Foundation in New York. He co-founded several ensembles (the Tone Roads Chamber Ensemble, Malcolm Goldstein and James Tenne; Sounds Out of Silent Spaces, with Julie Winter; Gamelan Son of Lion, with Barbara Benary and Daniel Goode). His publications include the book I Can Walk Through the World as Music (1966, unpublished; 1980, Printed Editions).
order wishlist
Edited by Philip Corner and Sean McCann.
published in October 2022
30 x 24,5 cm (softcover)
364 pages (b/w ill.)
65.00 €
in stock 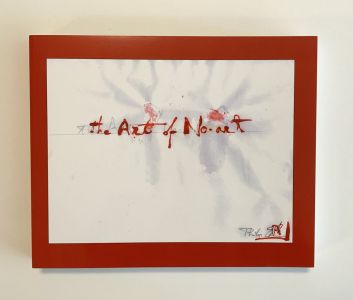 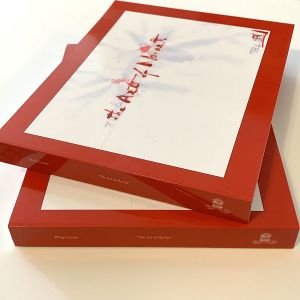 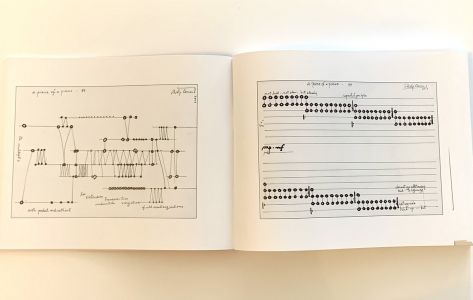 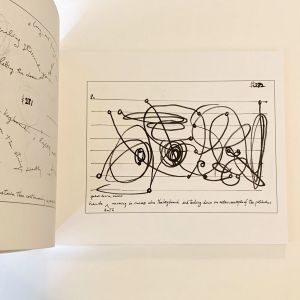 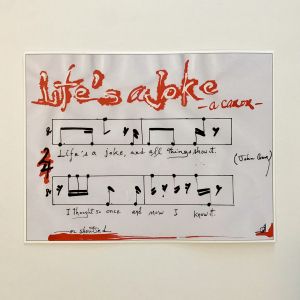