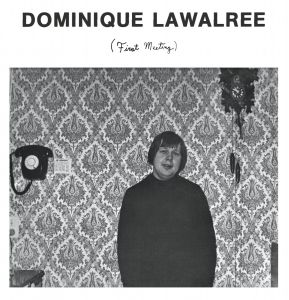 wishlist
An indispensable introduction to the wonderfully moving and expressive parlour music of Dominique Lawalrée.
Lawalrée had been recording music since 1976, almost appeared on Brian Eno's Obscure label and counted Gavin Bryars a long time friend and fan of his music. It took until the first edition of this set compiled by Adrian Rew in 2017, however, for us to first encounter his work. Drawn from self-released material recorded between 1978-1982 on his own Brussels-based Editions Walrus (what a name?!), First Meeting reveals a quietly sublime and intimately idiosyncratic sound in 9 parts (15 on the expanded download version) - so quiet and intimate in fact that we feel like a privileged fly on the high ceiling of his apartment studio, twitching our antenna whilst he strokes his keys and synths into almost indescribably beautiful tapestries.
In the enlightening liner notes by Britton Powell, Lawalree's music is perfectly described as "wallpaper; ornate and repetitive" when compared with the music of Satie and Eno, with whom he clearly shares an affinity for subtle and meditative musicality, but the distinction lies in the inherent surreality of his music and its ability to entice and encourage closer listening. Lawalrée is kind and generous with memorable melodies too, but layers his recordings with incidental room sounds and touches of more exotic, Eastern influence that reveal themselves with each new listen, perhaps even more so now thanks to Rashad Becker's exquisite remastering, which sound like he's removed a veil of cobwebs we didn't even realise was there in the first place.
There's a beautiful nuance of consonance to Lawalrée's music that tantalises the ear with its warbling harmonic complexity and elegant pacing, yet it's never challenging; conveyed with an honesty that points to his equal appreciation of Satie, Feldman and Stockhausen as much as The Beatles or Led Zeppelin, the latter of whom Lawalrée analysed for a book of second-by-second analysis, culminating in a meeting with The Beatles' engineer, Geoff Emerick, to whom he pointed out mistakes in the classic recordings which nobody else has ever noticed.
The set runs between the revelatory tape tekkers and raga-folk swoon of "Post-Scriptum", to what sounds uncannily like an Arca piece in the warbling notes of "Please Do Not Disturb", taking in the tear-jerking masterwork "Listen to the Quiet Voice" and 14 mins of bucolic beauty in "Le Secret Blanc" in its breezy stride.
Dominique Lawalrée (1954-2019) is a totally unclassifiable Belgian musician, composer and pedagogue. His singular, expressive and intimate music, often linked to the minimalist movement, draws its inspiration from musicians such as Igor Stravinsky, Erik Sati, Robert Wyatt, Brian Eno, Morton Feldman or the Beatles and is also rooted in a deep mysticism. He has composed more than 450 works (mainly solo pieces for piano and keyboard, but also for string orchestra and ambient pieces for museums or churches) and published, on his label Éditions Walrus, some thirty albums, which have become rarities.
wishlist
Published by Catch Wave Ltd.
published in September 2022
clear vinyl
33.00 €
currently out of stock 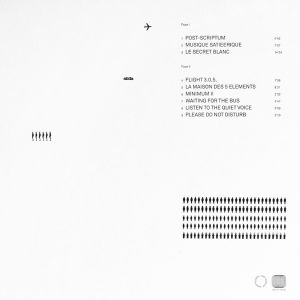 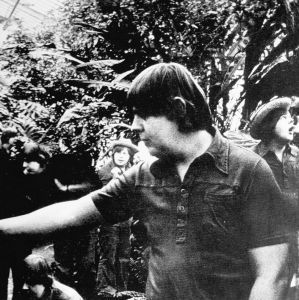 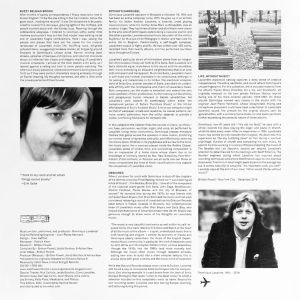