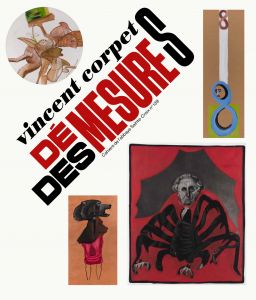 order
wishlist
A retrospective of the "retinal" painter's work, since the early 1980s.
Since its inception in the early 1980s, Vincent Corpet's work has turned painting on its head. It comes at a time when, after years of ascetic and abstract practices, the joys of turpentine are once again to be savoured: subjects within subjects, an exuberant palette, embroiled forms and flurried matter. The subject itself is somewhat engulfed by all this, reduced to a mere pretext by the surging style, with only a few snippets recreated by the image here and there. The painting is profuse; the viewer becomes lost, seeking points of reference in this multi-coloured meandering, hoping to find something to latch onto. The painting beckons, without directly yielding, choosing instead to kindle confusion, to call up memories, to incite collusion. Vincent Corpet embraces this voracious dynamic of delving into painting, which he has turned into a form of system. In this respect, he moves away from a perceptive and intuitive exploration of the medium, preferring the implementation of a method — or 'protocol' as he puts it — that aims to demystify his subject. The titles of his works are no more than inventory or serial numbers determined by the date of the work's execution, technique and format. It is like a manifesto that relegates the painting's meaning to the background and downplays the artist's dominion. Vincent Corpet cares little for preliminaries and is unencumbered by a subject's arbitrary nature, for his sights are set on the way in which the image appears and is transformed. His main influences? Cave art, the wall smeared with stains that fired Leonardo da Vinci's imagination or Picasso's drawings, in which he discerns a similar process to the one he applies in his paintings. The result is a skilful interplay of associations, bypasses and interconnections that, from one motif, one colour or one line to another, celebrates the pre-eminence of image over thought.
Published on the occasion of the eponymous exhibition at MASC, musée d'Art moderne & contemporain des Sables d'Olonne, in 2022-2023.
Vincent Corpet (born 1958 in Paris) is a French contemporary painter.
"4 years after having taken the decision to become an artist, on March 20, 1978, the day of my 20th birthday, 1 year after having left the fine arts school, I engage on June 8, 1982 in the technique which seems to me the simplest and the least expensive, painting. Having never practiced this medium, I decided to catch up by making paintings. To date, 50 series have followed one another. I then consciously elaborate a 'retinal' painting, painting of the eye. Two distinct groups were formed, each with its own slogan: on the one hand, 'the eye looks, the hand acts': in the landscapes, nudes and portraits, the eye is the witness of the visible. On the other hand, 'the eye looks at the hand that acts', and there, with the analogies, the eye is the foundation of the memory. To this day this adventure continues."
order wishlist
Texts by Vincent Corpet. 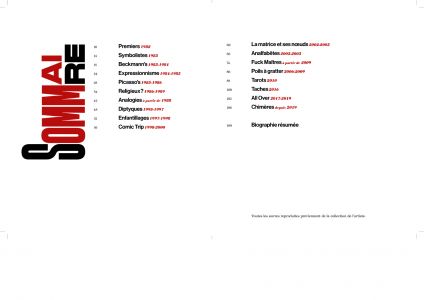 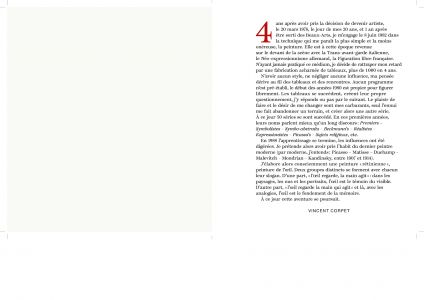 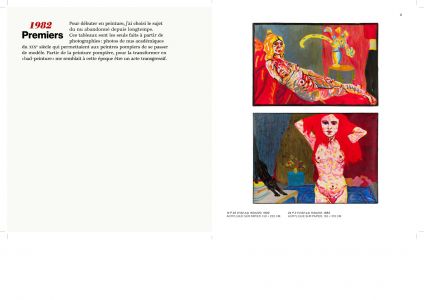 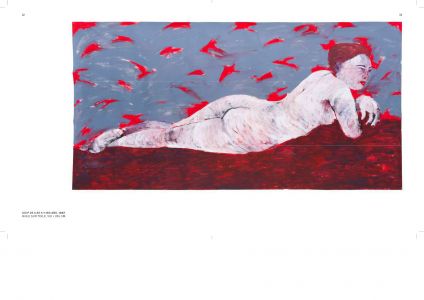 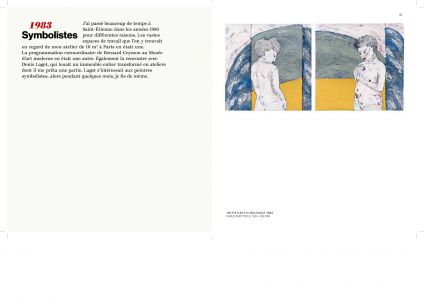 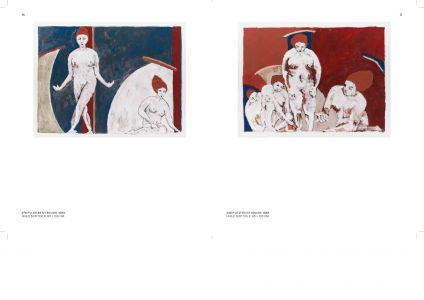 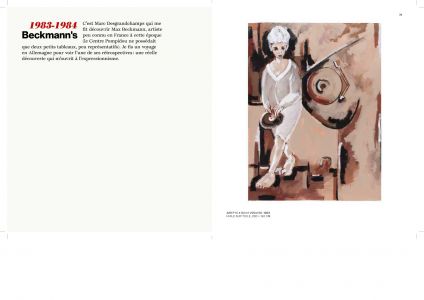