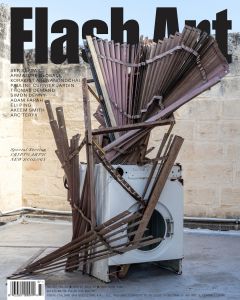 order
wishlist
This issue, arriving at the turn of the new year, accompanies a time of profound ecological, social, and technological transition. Despite the necessity and hope for a return to a human dimension, to a relationship with the other and especially with the natural world, we see instead a push toward other dimensions: the imminent Metaverse and the rise of cryptocurrency suggest that resources have been diverted elsewhere.
The sculptures of Ser Serpas, cover story for this issue, are emblematic of such "transient moments," as Ingrid Luquet-Gad notes. These works are the result of a process in which language literally intersects residue—materials that for society have become objects of waste, of abandonment.
In some sense the world's ecosystem is gradually losing its boundaries, entering into a new era of increasingly unstable subjectivity, as is particularly evident in Korakrit Arunanondchai's vision of the world as Stefanie Hessler points out.
In this issue: Collecting Time Through Space. A Conversation with Ser Serpas by Ingrid Luquet-Gad; Thomas Demand: Model Man by Ella Plevin; Transformative Potential of Social Spaces. A Conversation with Akeem Smith by Andrea Bellini; SPECIAL SECTION: Crypto Art's New Ecology: Crypto Art's Sustainable Trajectory. A Roundtable with Kevin Abosch, Robert Alice, Chloe Diamond, Joe Kennedy, Andrew Ngurumi, Penny Rafferty, and Anna Ridler; Tales from Crypto's Prehistory by Beth Jochim; Tripping the Time Stamp. A Conversation with Simon Denny by Sonja Teszler; Korakrit Arunanondchai's Spiritual-Material Ecosystems by Stefanie Hessler; REPLICANTS. A visual essay by Armarture Globale with texts by Fred Fischli and Niels Olsen; The Museum Paradigm or The Ethos of Museums by Pascale Krief; I WANT YOU TO SHOW ME (BAGLIO ANTICO MIX). A Conversation with Adam Farah by Eliel Jones; PROFILE. Reverse Suburbanization: Arc'Teryx by Charlie Robin Jones; The Age of Love Chapter IV. Love and Poverty and Joy: Pauline Curnier Jardin by Chus Martínez; Questionnaire. From a Canonical Art Gallery to a Metaverse Platform: Paradise Row Projects. A conversation with Nick Hackworth and Pippa Hornby by Eleonora Milani; Letter from the City by Eli Ping.
Flash Art is an international quarterly magazine and publishing platform dedicated to thinking about contemporary art, exploring the evolving cultural landscape through the work of leading artists, writers, curators and others. One of Europe's oldest art magazines, Flash Art was founded in Rome in 1967, before relocating to Milan in 1971, and was originally bilingual, published in both Italian and English. In 1978 two separate editions were launched: Flash Art International and Flash Art Italia. Today the magazine remains one of the most recognizable and widely read publications of its kind, and is distributed in 87 countries.
order wishlist
published in December 2021
English edition
22,5 x 29 cm (softcover)
264 pages (color & b/w ill.)
15.00 €
in stock 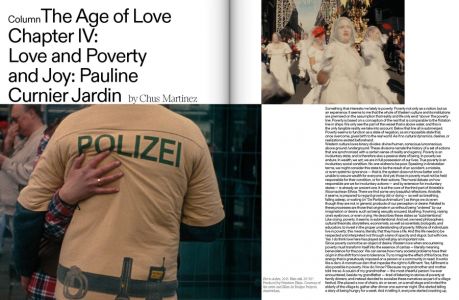 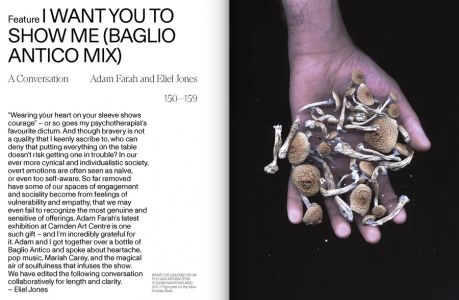 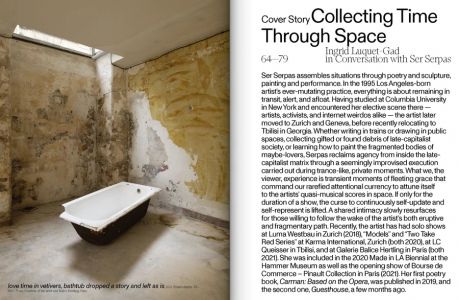 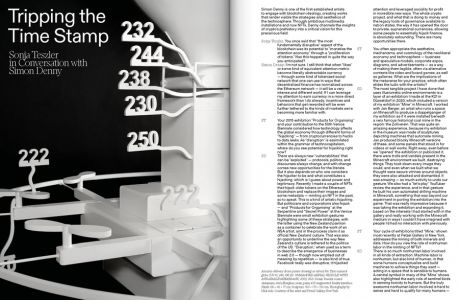 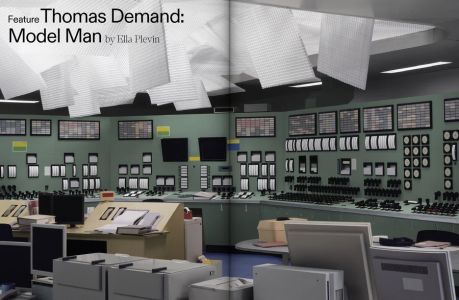 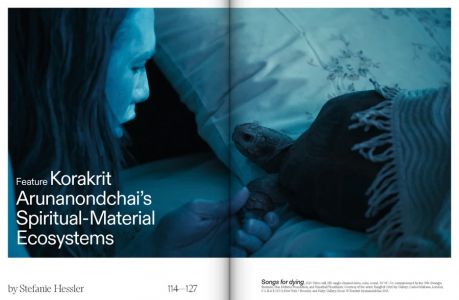 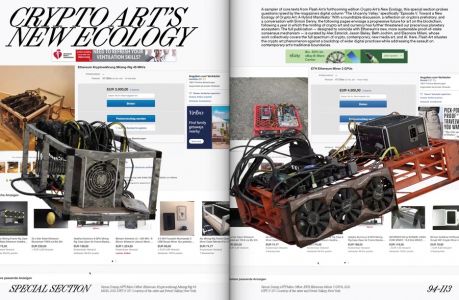 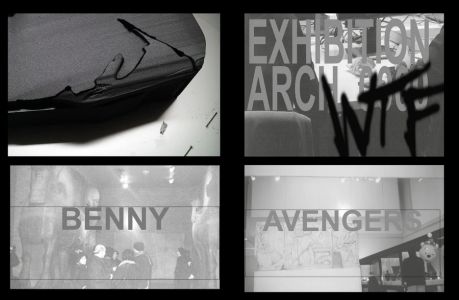 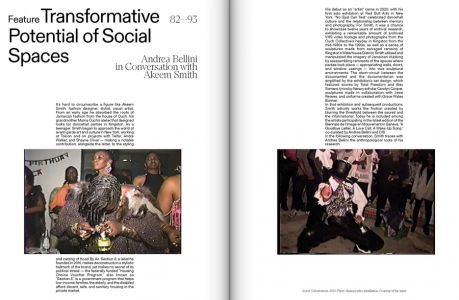