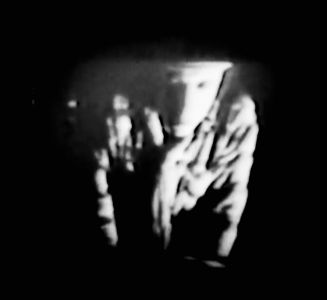 order
wishlist
A 1975 unreleased Strumming performance in Antwerp.
A few months after the release of the legendary Strumming in 1974, Charlemagne Palestine gave a masterful and powerful 56 minutes performance in Antwerp in an exciting concert series. With the work and the precious help of M KHA and Lotte Beckwé, this recording has been found and is finally available on CD.
Charlemagne Palestine: Bösendorfer Imperial piano.
Recorded at ICC Antwerp October 24, 1975 on Betacam.
Original painting on the CD found in a Charlemagne Palestine's drawing books made in New York in 1975.
Charlemagne Palestine (born Charles Martin ni 1947 in Brooklyn, New York) wrote intense, ritualistic music in the 1970s, intended by the composer to rub against audiences' expectations of what is beautiful and meaningful in music. A composer-performer, he always performed his own works as soloist. His earliest works were compositions for carillon and electronic drones, and he is best known for his intensely performed piano works. He also performs as a vocalist. Palestine's performance style is ritualistic; he generally surrounds himself (and his piano) with stuffed animals, smokes large numbers of kretek (Indonesian clove cigarettes) and drinks cognac. 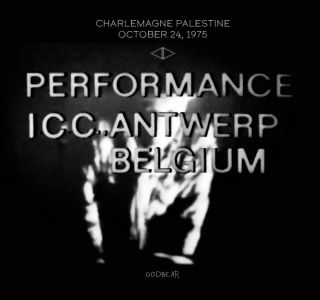 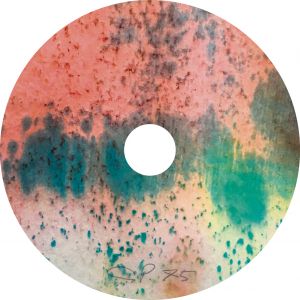