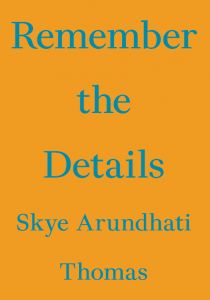 order
wishlist
Remember the Details is a piece of first-hand political reportage told through the story of images: Skye Arundhati Thomas reflects on the Indian protest movement that began in mid-2019 against anti-Muslim and casteist citizenship laws, writing the history of this important cultural and political moment.
In mid-December 2019, a nationwide protest movement took to the streets in India against the new xenophobic, Islamophobic, and casteist citizenship laws instated by the Bharatiya Janata Party-led central government. Months-long sit-ins, marches, and spontaneous gatherings carried on into early 2020, halted only by the arrival of the Covid-19 pandemic. By late March, a national lockdown was declared, and multiple protest sites across the country were razed to the ground; their visible traces slowly vanished. In the time that has followed, the energy, vigor, and steadfast resolve of the movement has been subject to a state-led campaign that seeks to tarnish its premise: a simple call for a return to the secular and democratic foundations of the Indian constitution.
This essay writes the story of the protest movement as the cultural moment that it was, and look at the afterlife of images, footage, and artworks that were made both during and as a direct result of it.
Skye Arundhati Thomas is a writer based in Goa, India. Her writing has appeared in Artforum, the London Review of Books, Frieze, and ArtReview, among other places. She is an editor of The White Review.
order wishlist
Graphic design: Daniela Burger.
published in November 2021
English edition
12 x 17 cm (softcover)
48 pages (4 b/w ill.)
15.00 €
ISBN : 978-3-9819108-6-5
EAN : 9783981910865
in stock 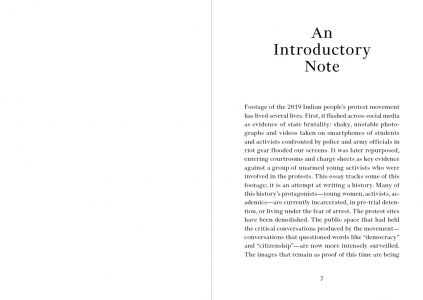 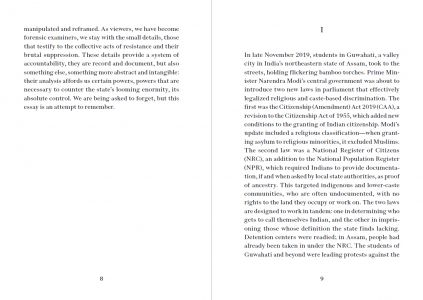 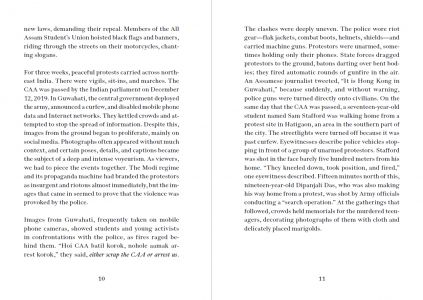 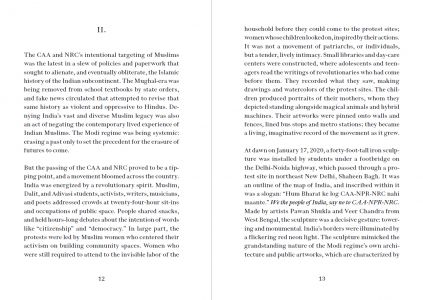 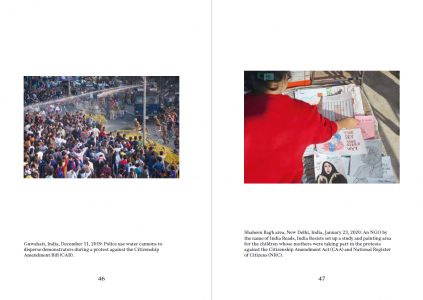 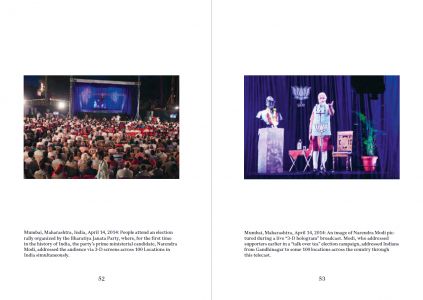 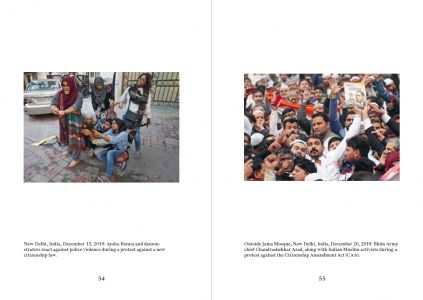