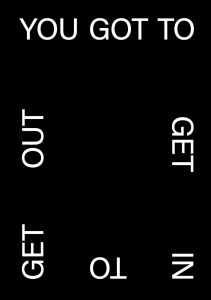 order
wishlist
You Got to Get In to Get Out. The Never-ending Sound Continuum is one of the elements that integrate an homonymous curatorial research project that takes place at La Casa Encendida (Madrid) based on the vision of techno as a cultural, social, historical and material entity by curators Sonia Fernández Pan and Carolina Jiménez.
This book aims to be one possibility, among many, of inscription, meaning, memory and expansion of techno culture. The experience and situated knowledges of its authors, as diverse as complementary, produce a story of stories where continuous intertwining and resistance tactics give rise to a corporeal dance floor that crosses borders, including those of the club and the night. This publication has been conceived, even from the design point of view, as a reading session in the manner of a mix, in which its texts not only expand a material sound continuum, but also share gestures, echoes and movements of a global culture that leads several decades dancing.
As Carolina Jiménez says in her opening text: "The initial approach included a what but also a how: a methodology. We wanted the texts that would comprise this compilation to replicate the conditions for the continuance of techno culture. (…) This book is a confluence of resonant textual islands, a transatlantic archipelago of low-frequency counter-narratives, alternately pierced by fragility, solidity, pleasure or rage; cleft in their own openings and diversions, where beating influences displace the distinctions between genealogies, temporalities, scenes and their obscenities. Counter-narratives that defy easy re-capitulation and hover between life itself and the analysis of the socio-economic relations in which they transpire. Particular and local experiences and stories as part of more general, (dis)continuous, differentiated processes that contribute to the diaspora. Disparate practices and sensibilities that converse amongst themselves and are nothing more than a tiny notch in the complex understanding of the race, gender and class relations in which techno circulates, because their rarefaction transcends other cultural, political and social domains, in wider concomitance with other episte mologies and sound practices in general."
order wishlist
Edited by Sonia Fernández Pan and Carolina Jiménez.
Texts by Tony Cokes, Carolina Jiménez, Matthew Collin, Frankie Decaiza Hutchinson, Magui Dávila, DeForrest Brown, Jr., Mateusz Szymanówka, Gavilán Rayna Russom, Sergi Botella, Cio D'Or, Tara Rodgers, Enrique Mena, Miguel Ángel del Ser, Sonia Fernández Pan. 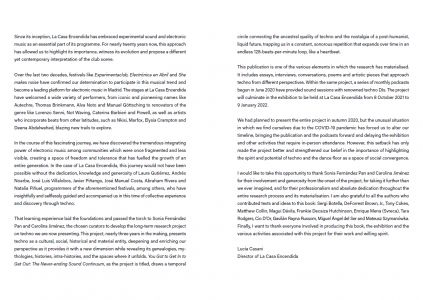 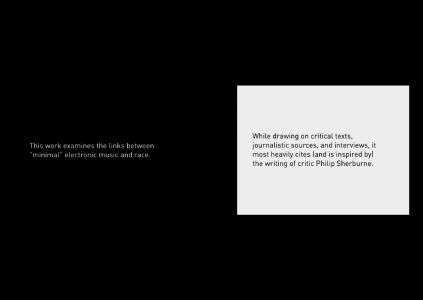 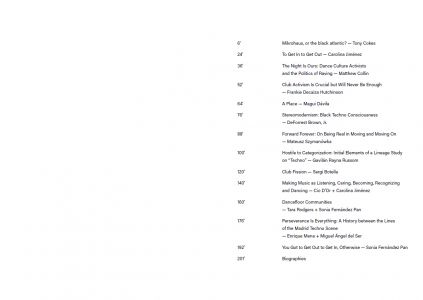 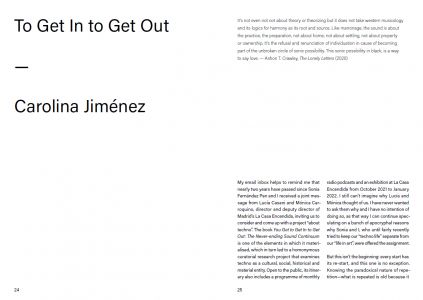 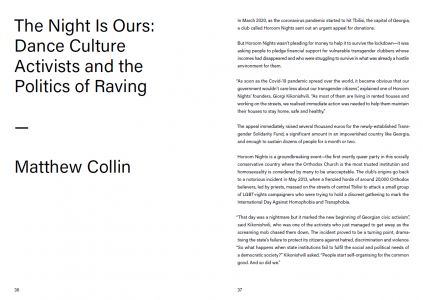 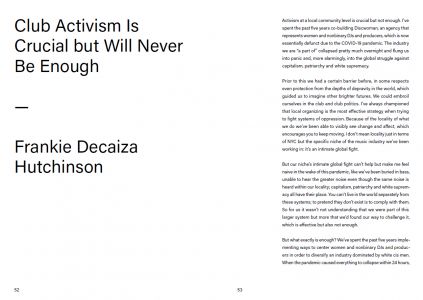 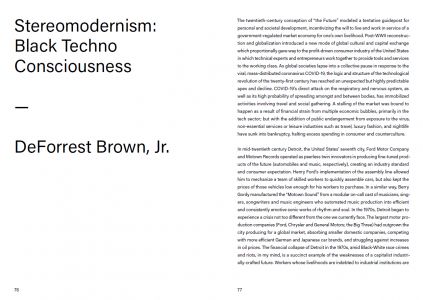 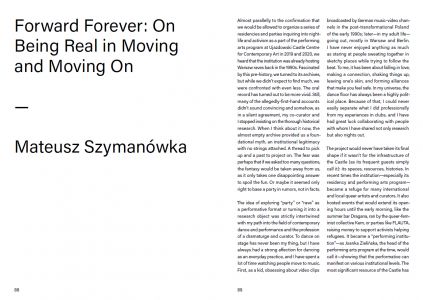 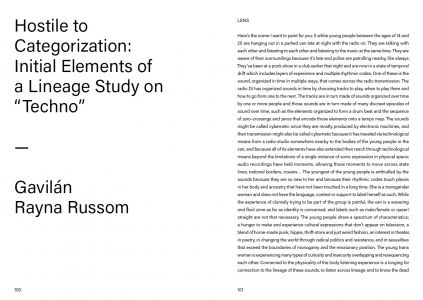 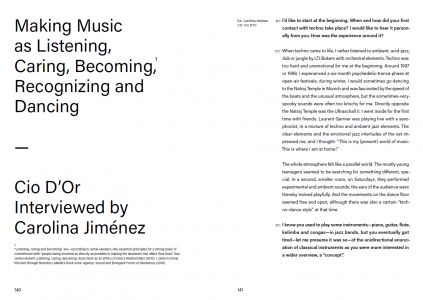 You Got to Get In to Get Out

You Got to Get In to Get Out