We Have Delivered Ourselves From the Tonal – Of, Towards, On, For Julius Eastman 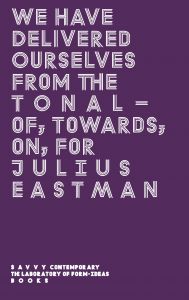 order
wishlist
A collection of essays, librettos, lyrics, memories, photos, personal anecdotes by musicians, visual artists, researchers and archivers that pays homage to the work and life of African-American composer, musician, performer, activist Julius Eastman.
The book investigates his legacy beyond the predominantly Western musicological format of the tonal or harmonic and the framework of what is today understood as minimalist music. By trying to complicate, deny or expatiate on the notions of the harmonic, tonal hierarchy, the triadic, or even the tonal centre, Eastman's compositions explore strategies and technologies of attaining the atonal. One might be tempted to see Eastman in the legacy of Bartok, Schoenberg, Berg and others, but here too, it is worth shifting the geography of minimal tendencies and minimalism in music. It is worth listening and reading Eastman's music within the scope of what Oluwaseyi Kehinde describes as the application of chromatic forms such as polytonality, atonality, dissonance as the fulcrum in analysing some elements of African music such as melody, harmony, instruments and instrumentation. This publication constructs a non-linear genealogy of Eastman's practice and his cultural, political and social relevance, while situating his work within a broader rhizomatic relation of musical epistemologies and practices.
Published following the exponymous exhibition at SAVVY Contemporary, Berlin, in 2018.
Julius Eastman (1940-1990) was an American composer, pianist, vocalist, and dancer whose work fell under minimalism. He was among the first composers to combine minimalist processes with elements of pop music.
There was some for John Cage, then came Christian Wolff, and finally Morton Feldman, from this school in New York. Only Julius Eastman remained outside the game, the last figure, the most solitary and enigmatic—undoubtedly also one of the most powerful. In the 1970s and 1980s, Eastman was one of the very few African-Americans to gain recognition in the New York avant-garde music scene. He was politically committed, a figure of queer culture and a solar and solitary poet whose melancholy influenced his genius as well as his tragic destiny: suffering from various addictions, declared missing, actually homeless. During Winter of 1981-82, he got deported from his apartment by the police, who destroyed most of what he owned—including scores and recordings. He was found dead in 1990, on the streets of Buffalo, after years of vagrancy.
order wishlist
Edited by Federica Bueti, Antonia Alampi, Bonaventure Soh Bejeng Ndikung.
Contributions by Antonia Alampi, Rocco Di Pietro, Kodwo Eshun, Federica Bueti, Sean Griffin, Sumanth Gopinath, Jean-Christophe Marti, Josh Kun, Elaine Mitchener, Malak Helmy, Bonaventure Soh Bejeng Ndikung, Marie Jane Leach, George E. Lewis, Berno Odo Polzer, Pungwe, Christine Rusiniak.
published in February 2021
English edition
13 x 20 cm (softcover)
264 pages (ill.)
20.00 €
ISBN : 978-3-948212-11-7
EAN : 9783948212117
in stock 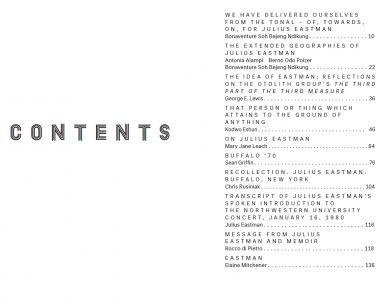 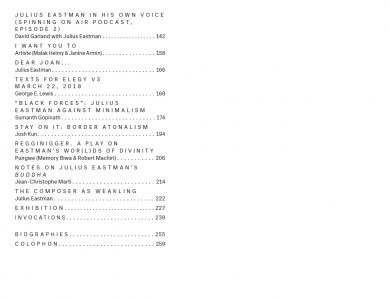 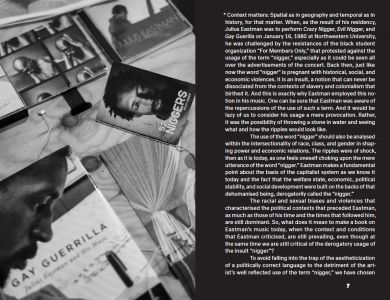 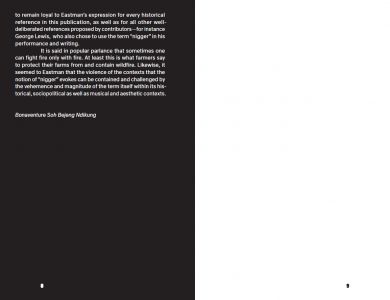 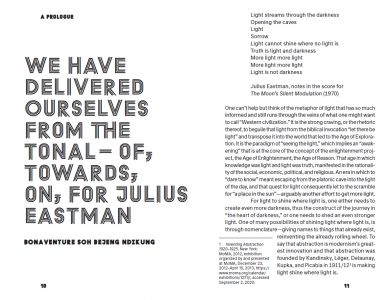 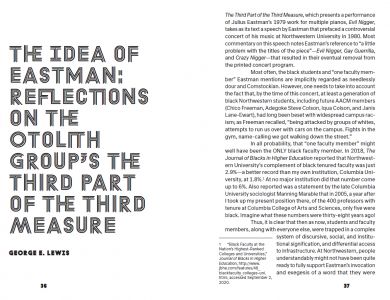 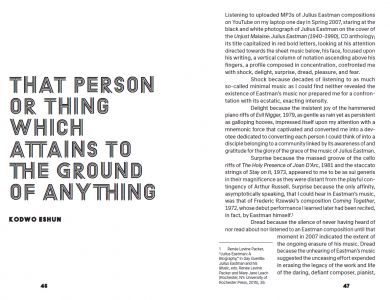 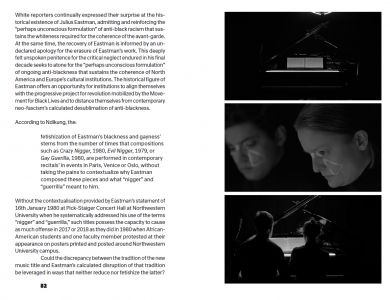 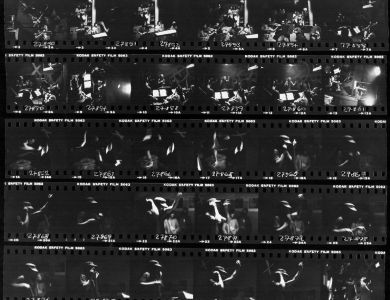 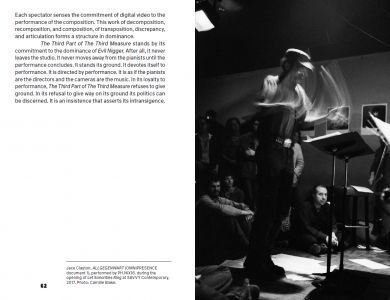 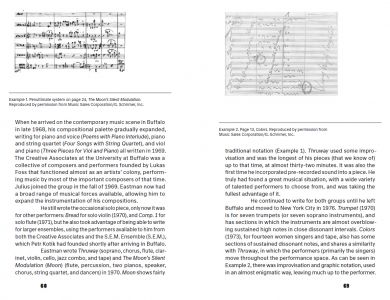 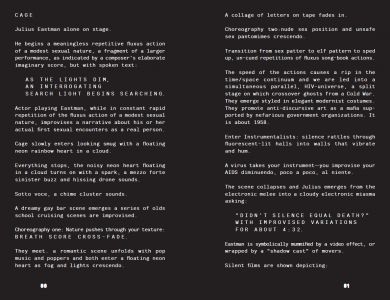 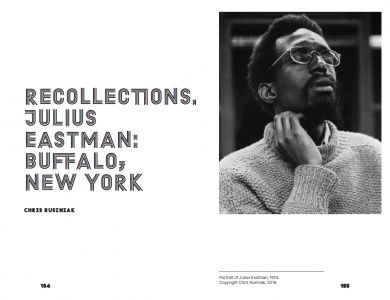 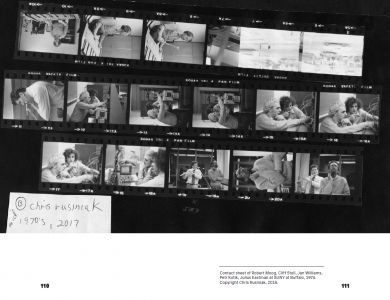 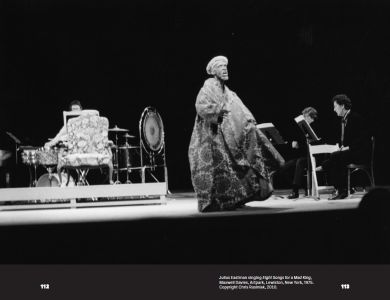 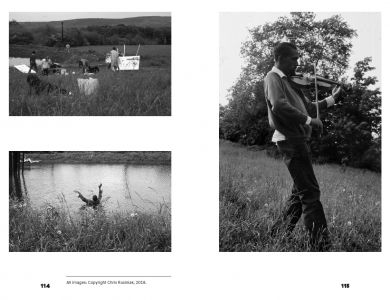 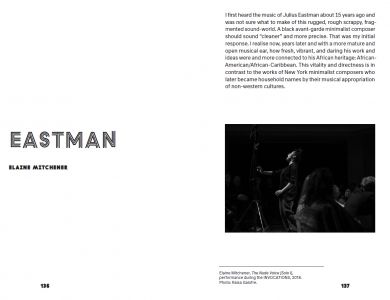 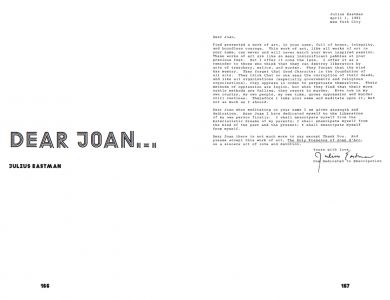 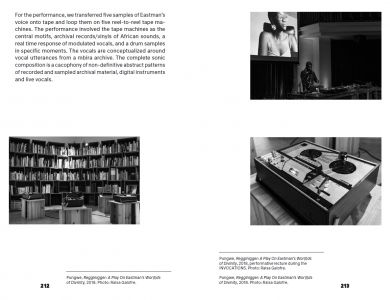 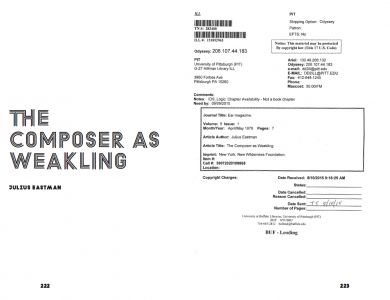 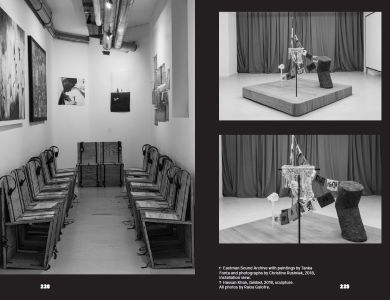 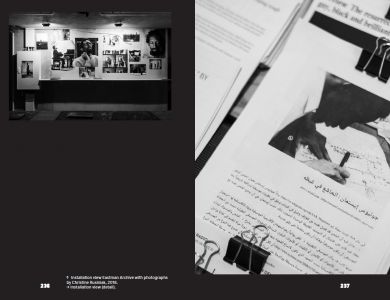 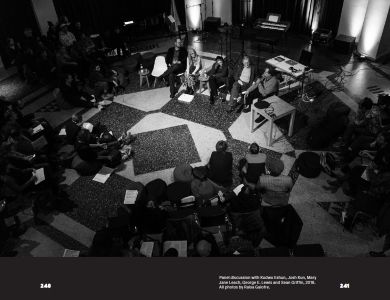 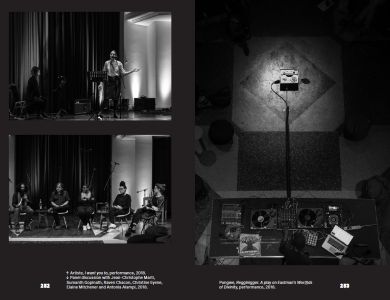 We Have Delivered Ourselves From the Tonal

We Have Delivered Ourselves From the Tonal