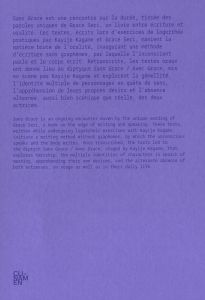 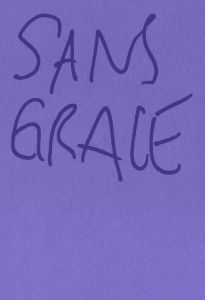 order
Sans Grace is the book by two actresses, one from Geneva, the other based in Paris. It takes up the first improvisational exercises that they carried out before conceiving the stage diptych Sans Grace / Avec Grace, on tour in Switzerland and Belgium.
Sans Grace is an ongoing encounter woven by the unique wording of Grace Seri, a book on the edge of writing and speaking. These texts, written while undergoing logorrheic exercises with Kayije Kagame and Grace Seri, initiate a writing method without graphemes, by which the unconscious speaks and the body writes. Once transcribed, the texts led to the diptych Sans Grace / Avec Grace, staged by Kayije Kagame, that explores twinship, the multiple identities of characters in search of meaning, apprehending their own desires, and the alternate absence of both actresses, on stage as well as in their daily life.
Kayije Kagame (born 1987 in Geneva) works in the fields of contemporary art and stagecraft in Switzerland and abroad. Graduated in acting from ENSATT in Lyon, she attended in 2014 and 2015 the Watermill International Summer Program, founded by Robert Wilson on Long Island NY. During her experiences as actress and performer, she collaborated with Robert Wilson, Baboo Liao, Ivan Chang, Karim Bel Kacem, Maud Blandel, Denis Savary, Pan Daijing. She played in Camille Dumond's short films People's Park (2018) and Ajardeck (2018) and has been the lead character of Est-on prêtes à endosser les habits de l'artiste ?, a short film by Benjamin Valenza. In addition, Kayije Kagame develops in-situ projects within art spaces, in Switzerland and abroad, by which she explores the notion of non-performance through visual and sound immersive displays. In 2019, along with Hugo Radi, Marvin M'toumo, Ndayé Kouagou and Camille Dumond, she initiated So long lives this, and this gives life to thee, a stage display on the edge of theater and cinema for which the entire Théâtre de l'Usine was held and occupied by the audience. Currently, Kayije Kagame presents Sans Grace / Avec Grace, a diptych co-written with the actress Grace Seri and touring at Arsenic (VD), Grütli (GE) and Balsamine in Bruxelles, Belgium.
Grace Seri (lives and works in Paris) attended for three years the teaching of Daniel Mesguich, Xavier Gallais, Georges Lavaudant and Stuart Séide at the Conservatoire National Supérieur d'Art Dramatique (CNSAD, Paris). She played in the short film Le Bleu Blanc Rouge de mes Cheveux by Josza Enjambe, for which she she received the Prix du meilleur jeune espoir féminin, Festival Jean-Carmet, Moulins (2016). She performed in Hôtel Feydeau at the Théâtre de l'Odéon, staged by Georges Lavaudant (2017), followed by Lourdes by Paul Toucangau at the Théâtre de la Colline in Paris. In 2018, she met the stage directress Keti Irubetagoyena with whom she played La Femme n'existe pas at the Théâtre de l'Echangeur. In 2019, she performs in her first feature film Un violent désir de bonheur by director Clément Schneider which was selected for the program l'ACID at the Festival de Cannes (2019).
order
published in October 2020
bilingual edition (English / French)
11 x 16 cm (softcover)
64 pages
15.00 €
ISBN : 978-2-9701103-9-2
EAN : 9782970110392
in stock 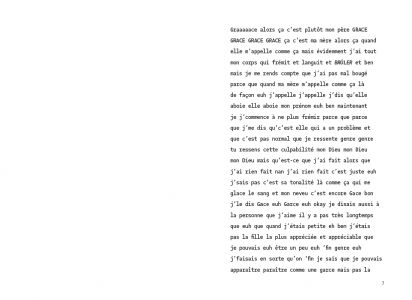 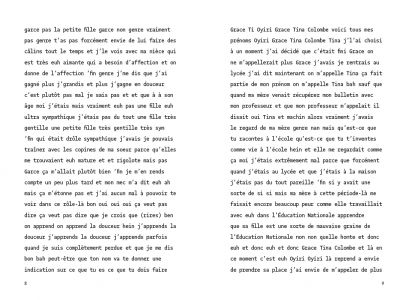 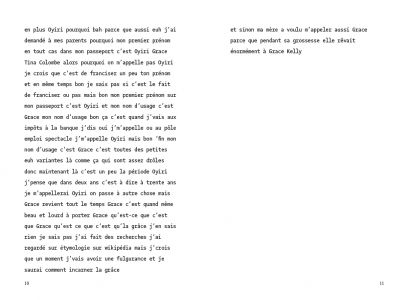