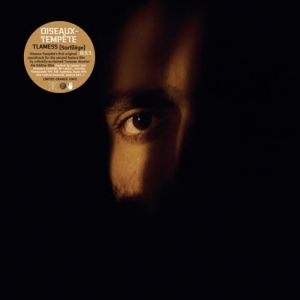 Oiseaux-Tempête is a French musical band founded in 2012 by Frédéric D. Oberland and Stéphane Pigneul.
“In Oiseaux-Tempête, Frédéric D. Oberland and Stéphane Pigneul have chosen a name, a call from the sea, of almost totemic quality. First, perhaps, it offers the suggestion of journeys over great distance, the distant hymns of fortune-tellers and gravitydefying acts of the oracles. Yet at the same time, comes the idea of earthly chaos, a willing reference to the telluric frenzy that darkens the sky yet also, paradoxically, brings promise of a radiant tomorrow” (Alexandre François).
published in January 2020
orange vinyl LP + poster
12 tracks

sold out
Oiseaux-Tempête: other titles