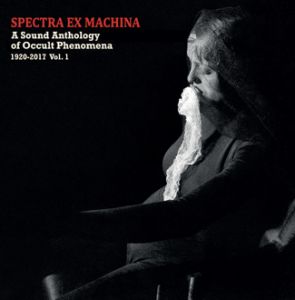 wishlist
This anthology brings together rare documents pertaining to so-called occult phenomena, most of them taken from little-known archives. In the course of three volumes, this series traces an audio history of parapsychology. The first volume is an exploration of spiritualism and haunted houses. It features records of spiritual séances and medium trances, haunting spirits and haunted places, audios of Sir Arthur Conan Doyle, Harry Houdini...
“Have a gramophone in every grave...”
James Joyce, Ulysses (1922)

The documents gathered here are, by their extravagance and far-fetched aspects, more than the mere objects of belief one would be tempted to reduce them to. They are vestiges of aberrant phenomena, fossils of an unknown civilization buried in the depths of the unconscious that are revived, in a way, when we listen to them. They can be understood as “works,” in the full artistic sense of the word, and constitute a kind of “cabinet of sound curiosities” that is worthy of aesthetic interest. Sometimes imbued with a disconcerting dramatic intensity, these documents bear the features of an authentic time machine, placing the listener in the position of a witness of the time immersed in the dim darkness of the experimental hall. And it is at that precise moment that the aesthetic power of these archives takes precedence over their probative value. Their somewhat old-fashioned charm, maintained by the surface noise of magnetic tapes and old wax disks, gets stronger with each listen. 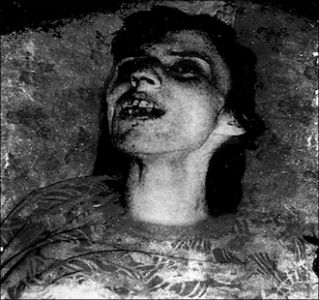