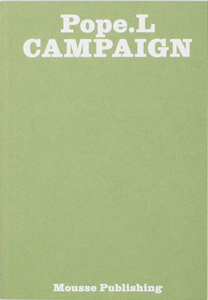 order
wishlist
This book is a three-part report on the long-term collaboration between artist Pope.L and curator Dieter Roelstraete which revolves around issues of connectedness, home, and migration, while addressing art's relationship to knowledge.
Begun in spring 2016 with an invitation, extended to the artist by Roelstraete and his colleagues Monika Szewczyk and Adam Szymczyk, to participate in the fourteenth edition of documenta, Pope.L's contribution took on the guise of an immersive, seemingly omnipresent sound installation titled Whispering Campaign, consisting of thousands of hours of whispered content—addressing nationhood and borders—broadcast throughout Athens and Kassel using both speakers and live “whisperers.”
A mere month after the closing of documenta 14 in Kassel, a second chapter of the titular campaign was inaugurated at the University of Chicago's Logan Center for the Arts, revolving centrally around the exhibition and art intervention project Brown People Are the Wrens in the Parking Lot, curated by Yesomi Umolu—a complex, multifaceted enterprise that involved a more or less conventional art exhibit, a DIY media campaign, a thematic library, video interviews, and a series of events ranging from impromptu performances and DJ sets to an expansive program of talks, presentations, and debates. This campaign-cum-exhibition took place at a significant moment in US history dominated by debates over immigration, race, and the plight of the 99 percent—dominated, in a sense, by constant campaigning.
The third and final chapter of the artist's campaign unfolded as a course co-taught at the University of Chicago by Pope.L and Roelstraete titled Art and Knowledge, which, in part at least, sought to address one of Whispering Campaign's catchiest and most puzzling slogans—namely, “ignorance is a virtue.” The students who constituted this query's primary audience were invited to contribute their observations and intuitions concerning art's at times proudly tenuous relationship to knowledge, prompting all of us wonder whether “art and knowledge” should really be read as “art or knowledge.”
William Pope.L (born 1955, New Jersey, lives and works in Chicago) is a visual and performance-theater artist and educator who makes culture out of contraries and confronts issues of race, sex, power, consumerism, and social class. Among his best-known works are the "crawls," a series of performances staged since 1978, in which he inches his way through busy city streets on his belly, back, hands, and knees in an attempt to draw attention to the plight of those members of society who are least empowered. He has been making multi-disciplinary works since the 1970s, and has exhibited internationally.
order wishlist
Edited by Dieter Roelstraete.
Texts by Zachary Cahill, Klea Charitou, Iris Colburn, Tianyu Guo, Jeffrey Hsu, Leon Hösl, Vidura Jang Bahadur, Michal Koszycki, Chichan Kwong, Cristen Leifheit, Jasmin Liang, Brock Lownes, Elizabeth McClafferty, Adrienne Elyse Meyers, Pope.L, Monika Szewczyk, Marie-Gabrielle Verbergt.
published in July 2019
English edition
14,5 x 21 cm (softcover)
167 pages (ill.)
25.00 €
ISBN : 978-88-6749-389-0
EAN : 9788867493890
in stock
press releases
Critique d'art, Elvan Zabunyan 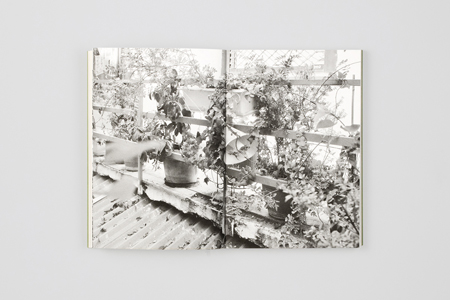 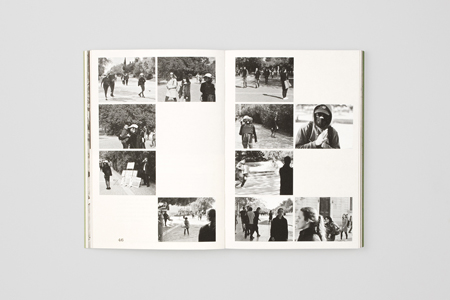 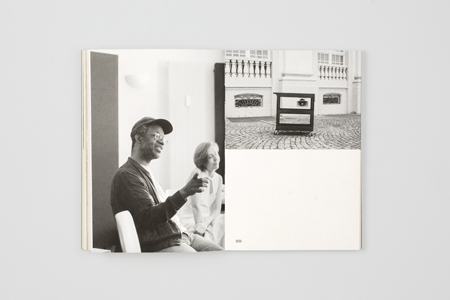 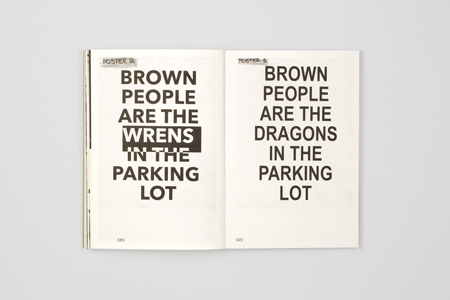 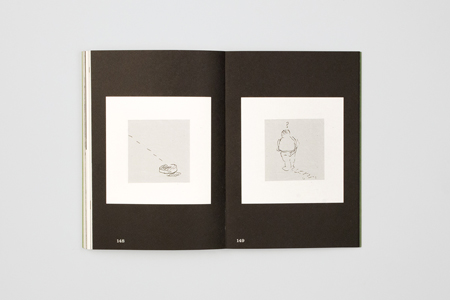 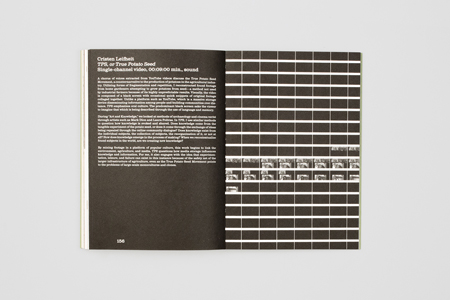 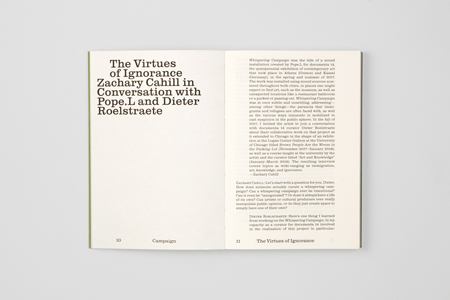