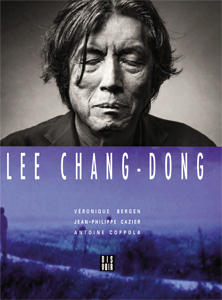 order
First monograph.
This is the first full monograph on the widely acclaimed South Korean director Lee Chang-dong (born 1954), whose 2018 film Burning was the first Korean production shortlisted for the Academy Award for Best Foreign Film.
With his six features made since taking up filmmaking at the age of 43 (after working as a novelist), Lee has distinguished himself as an uncompromising auteur through his tightly wrought narratives that depict human suffering taken to its limits. His films tend to follow conventional genre structures, including thriller and melodrama, but are consistently surprising in both their emotional subtlety and their characters' confrontations with Korean history and politics.
The latest in a monograph series from Dis Voir, the book was designed by Lee himself, who selected and arranged all the images, and includes an interview with the director along with several scholarly essays on his work.
Antoine Coppola is a filmmaker and professor-researcher first at the Université de Provence and then at the Université Sungkyunkwan. He was a visiting professor at the Korean National University of Arts in Seoul. K'art. KNUA. He is also a researcher associated with UMr 8173 CNRS-EHESS. Since 2010 he has been contributing as a film critic to the South Korean KBS world international channel. He was also the
“International Criticism Week of the Cannes Film Festival” and the San Sebastian International Festival.

Véronique Bergen is a philosopher and writer. Her work focuses on aesthetic issues where she explores, among other things, of the history of the forgotten, of resistance, of memory.