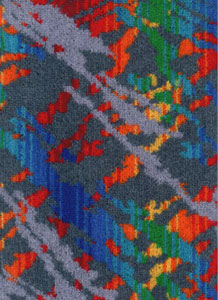 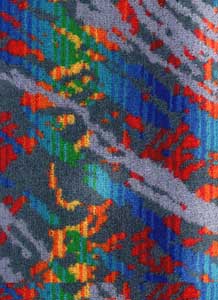 order
wishlist
Artists' book, covered in the fabric used on London Underground seats, with an electronic chip ringing like a mobile phone when it is opened.
Accompanying Payne and Relph's exhibition at the Serpentine Gallery (which is the first survey of their work in a public gallery in Britain), the catalogue includes transcripts of Payne and Relph's films "Driftwood," "Gentlemen," and "Comma, Pregnant Pause," all 2004, which are published for the first time.
In addition, Payne and Relph invited a number of authors to contribute texts on topics that have inspired them and their work. Matthias Connor writes about Scottish glam-rock band Iron Virgin ; Tim Nash's piece explores the experience of riding a public bus in London ; Oliver Payne offers his thoughts on insurance advertisements and the politics of graffiti ; John Relph shares his experiences as an airline mechanic ; and Ian Svenonius examines the political history of drinking. Matthew Higgs and Sarah McCrory conducted a non-traditional interview with Payne and Relph by coordinating 20 individuals' questions for the artists ; these are presented along with their responses. The catalogue also includes essays on the artists' work by Scott Portnoy and Rochelle Steiner, Chief Curator, Serpentine Gallery.
The publication is covered in the type of durable and stain-disguising fabric used on London Underground seats. An electronic chip causes the catalogue to ring like a mobile phone when it is opened.
Oliver Payne (born 1977 in London, lives and works in Los Angeles) is a British artist. He collaborated with Nick Relph after studying at the Kingston University in London. They were exhibited in 2000 in the Serpentine Gallery London, 2004 in the Kunsthalle Zürich and 2005 at Gavin Brown's Enterprise New York. Since 2007 they focus on their individual work.
Born 1979 in London, Nick Relph lives and works in New York. Between video, sculpture, prints, photographs, collages, and weavings, his work since the end of the 1990s has been engaged in the production of borderline objects that contain whole universes, heterogeneous constructions, relationships between exchanges and conflicts.
order wishlist
Edited by Beatrix Ruf and Rochelle Steiner.

Design by Daniel Eatock Associates, in collaboration with Oliver Payne and Nick Relph. 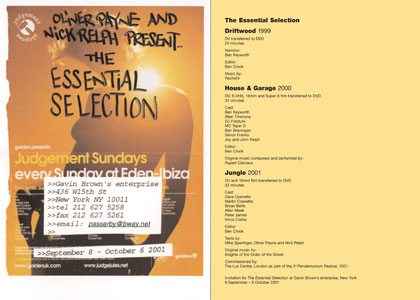 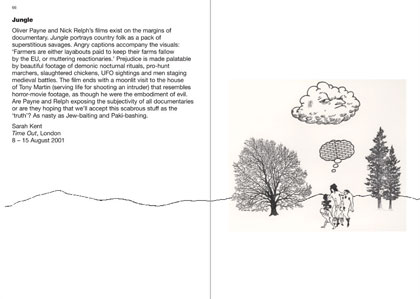 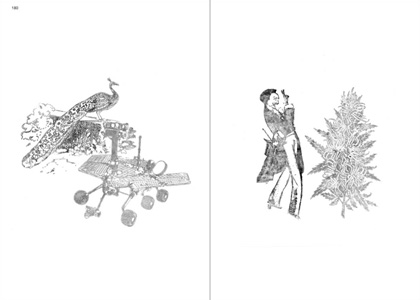