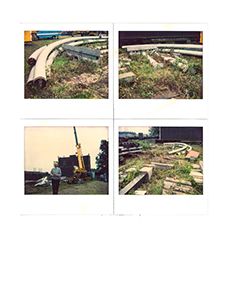 order
This artist's book designed by Belgian artist Olivier Foulon is the result of a years-long research on an abandoned sculpture project by Isa Genzken in Rotterdam. It features two essays on Isa Genzken by Jan van Adrichem, a section gathering archival documents, and a comprehensive press kit referring to the aborted project.
The point of departure for this publication lies in the invitation of Anne-Claire Schmitz and Nicolaus Schafhausen of the Witte de With Center for Contemporary Art to take part in “Melanchotopia”, a group exhibition in the city center of Rotterdam that ran from 3 September to 31 December 2011.
Divided into three parts—Essay, Biography and Bibliography—this publication attempts to structure the available material on Isa Genzken's Ring, a public sculpture planned for the exhibition “Beelden in de Stad/Sculpture in the City” in the frame of “Rotterdam '88, de Stad als Podium/The City: A Stage”—from 13 May to 1 October 1988.
The Essay is composed of two texts by Jan van Adrichem. “Isa Genzken's Work in Public Spaces” first appeared in the exhibition catalogue Isa Genzken, published by Verlag Silke Schreiber, Munich, 1988. The text evinced a strong belief in the realization of Isa Genzken's Ring by October 1988. The second text—an annoted typescript found in the archive of SIR (Sculpture International Rotterdam)—was written with the intention to speed up the process of the installment. Planned to be published in Het Gebaar in 1990, it is published here for the first time under the title “Isa Genzken's Ring.”
The Biography is a summary of all the administrative documents found in the Rotterdam City Archive, the archives of SIR and CBK (Centrum Beeldende Kunst), as well as in private archives in The Netherlands, tracing the trajectory of Isa Genzken's Ring, from the beginning of the planning for “Beelden in de Stad/Sculpture in the City” (to which Isa Genzken was invited in 1987) until the closure of the files in 2002.
The Bibliography includes all texts, press articles and interviews in which Isa Genzken's Ring is mentioned, reviewed and/or has been reproduced from its conception in 1988 to the present.
Olivier Foulon (born 1976 in Brussels, lives and works in Berlin) is a Belgian artist. Recent solo exhibitions include “Hard Return”, Temporary Gallery, Cologne (2017); “Vanity”, Kunstraum, London (2016). He took part in the group exhibition “The Absent Museum”, Wiels-Center for Contemporary Art, Brussels (2017). In 2017, he was co-curator with Susanne Titz and Susanne Rennert of the exhibition “Von Da An (From Then On) – Spaces, Works, Visualisations From The Anti-Museum 1967-1978”, Abteiberg Museum, Mönchengladbach.
order
Edited by Olivier Foulon.
Texts by Jan van Adrichem. 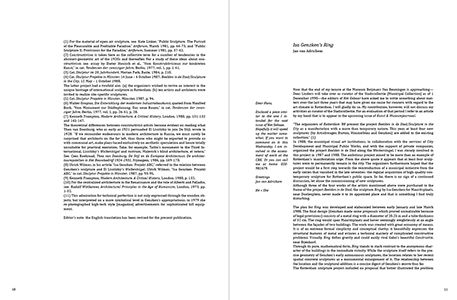 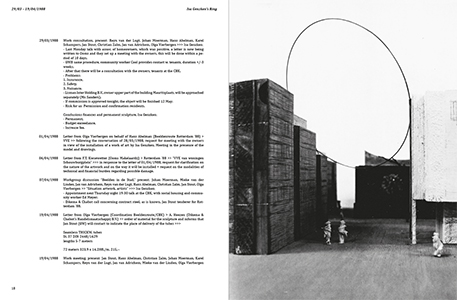 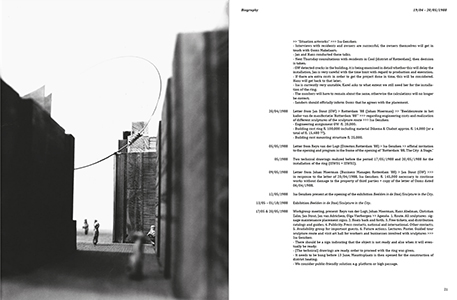 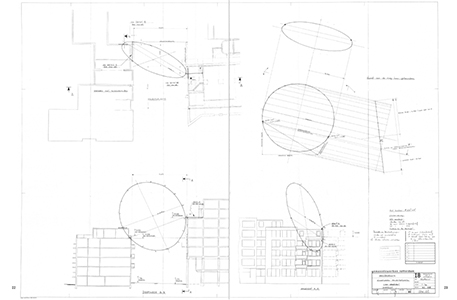 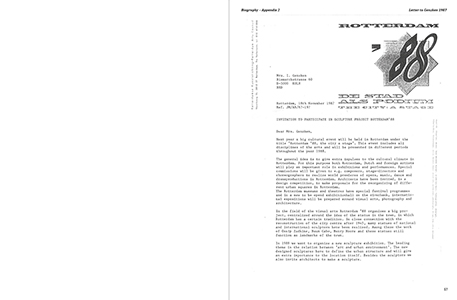 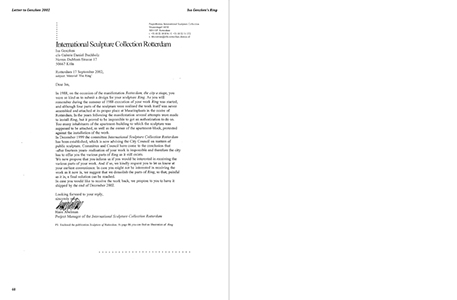 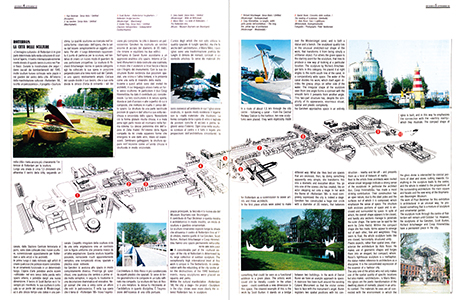 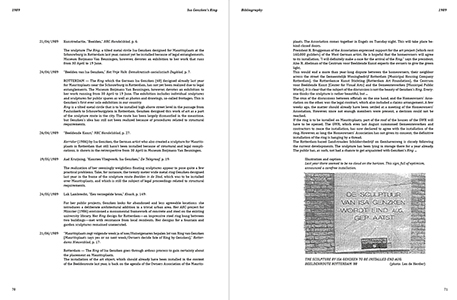