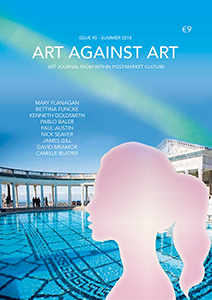 order
wishlist
Bettina Funcke on how appropriation became cultural appropriation; Mary Flanagan on the history of Virtual Reality art since the cave paintings; Pablo Baler on Bio-Politics, Bio-Tech, Bio-Art and Bio-Fiction; James Gill on the death of subculture in the 21st century; image spreads by artist David Mramor and microdosing pioneer Paul Austin, plus much more.
Art Against Art Issue #5 is looking at how our present culture is progressively reconfiguring itself in the face of an entrenched free market: from a reassessment of appropriation to how subcultures have changed since the internet, from Bio-Art, Virtual Reality and Algorithmic Culture to microdosing and advanced Kundalini Yoga.
This issue includes contributions by the art historian Bettina Funcke, artist and designer Mary Flanagan, poet Kenneth Goldsmith, art critic Pablo Baler, journalist James Gill, an interview with anthropologist Nick Seaver, image spreads by the founder of the Third Wave Paul Austin and artist and performer David Mramor. This issue's Artist Edition is by Camille Blatrix.
Art Against Art is an in-depth critical art journal with writing that incorporates the basic logic of the market as its premise and tries to look at art and culture from within and without this context from different angles. The authors range from art historians to market analysts, artists, sociologists, curators and cultural theorists. It was founded in 2015 by Taslima Ahmed and Manuel Gnam and is published bi-annually.
order wishlist
published in July 2018
English edition
17 x 24 cm (softcover)
94 pages (color ill.)
9.00 €
ISBN : 978-3-98-114945-6
EAN : 9783981149456
in stock
table of contents 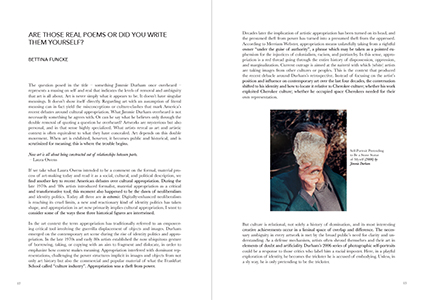 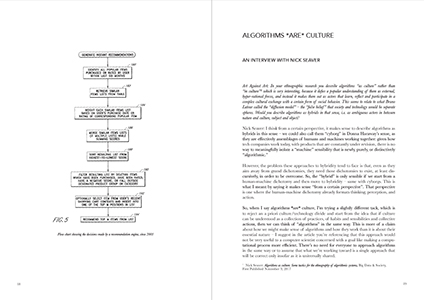 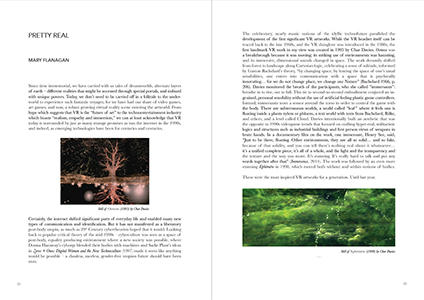 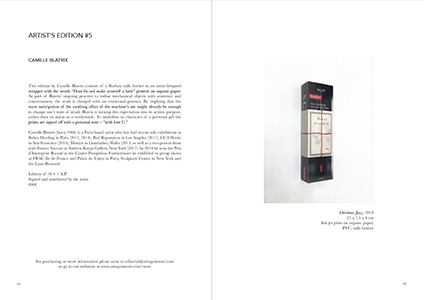